Bringing Back the King 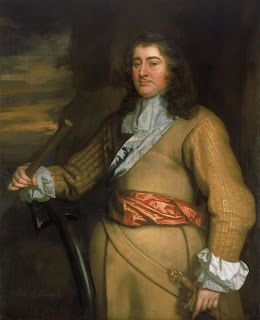 I made the point on a history network I belong to that Charles II owed his restoration in 1660 more to his former enemies than his friends. When I asked why I thought this was so I gave the following answer.

The royalist party had effectively been broken by Cromwell’s regime, reduced to an ineffectual rump. Indeed it’s possible that if Richard Cromwell had been cast in the image of his father the Protectorate might have continued for many years, until the point where the Stuarts were all but forgotten, as they were in the later Jacobite period.

The fall of Richard in the spring of 1659 brought forth the tensions and contradictions within the newly revived Commonwealth, particularly between Parliament and the New Model Army. With the political situation threatening to spiral out of control George Monck, the commander in Scotland, formerly a close political associate of Oliver Cromwell, decided to march south to restore order. Monck’s ultimate political aims were unclear but one of his early acts was to restore the MPs who had been expelled from Parliament at the time of Pride’s Purge in December 1648. This brought back many in the old Presbyterians party who had been enemies of Charles I during the First Civil War but did not want to see and end of the monarchy.

With events moving towards the Restoration, General John Lambert attempted to rally the republicans to the Good Old Cause but failed miserably. So, in the end, monarchy in the person of Charles became the most popular course. Still, Charles was always mindful that he owed his return to people like Monck and Shaftesbury, people who had fought against his cause in the past, which is precisely why the Restoration was never a complete royalist carnival. Some of the Cavaliers who had sacrificed most for the royalist cause in the past were to be disappointed by the meagre rewards they received, if they received any rewards at all.
Posted by Anastasia F-B at 16:12