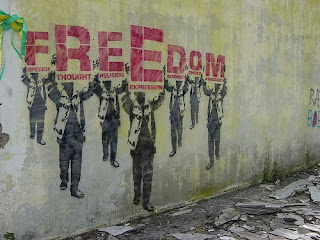 What follows is my contribution to a debate on freedom, religion and anarchy on a pagan website.

There is a lot in your preamble that I simply refuse to accept, particularly your comments on ‘the rise of fascism’ in the United States. I would urge you to be highly economical in the use of that term. It is often employed as a catch-all for the things one does not happen to like, which only serves to rob the word-and the practice-of all meaning. In this regard you might care to note an example from German history. In 1930 President Hindenburg dismissed the democratically elected government in the Reichstag and replaced it with a minority administration, using the special powers granted to him under the Weimar Constitution. Next day Die Rote Fhane, the newspaper of the Communist Party, appeared with the banner headline-Faschismus ist schon da! (Fascism is now here). Three years later they were to discover just how wrong they had been.

Also, I do not think the point of paganism is to ‘fight Christianity’, as you put it, or to fight anything else, for that matter; the point of paganism is to be free, or at least it is for me. I’m not altogether sure what the ‘principles embodied by the Christian church’ are; for there as so many churches and so many principles! Even if I look at this in simple national terms, I can assure you that the principles embodied in your churches in the United States are quite, quite different from those embodied by the churches in England. Here the Church of England, the official ‘state’ church, is literally dying on its feet, with an Archbishop suggesting in his unique and muddle-headed way that there might even be a place for Sharia Law in English society!

You also suggest that Christianity represents a ‘danger to all non-Christians’. Well, not that I can see. It may be uncomfortable for some people in your particular community self-identifying as pagans and living alongside some of the more repellent evangelists; but that is a highly specific case.

I have to say that I found your dissertation on the ‘organised structures’ both confusing and breathless. Many of the features of contemporary life, the adverse features that you identify, were also present in the past, when the state structure, and the official religion, was pagan. Jihad, incidentally, has nothing at all to do with ‘state structures’ or even an organised church; it is a practice, a dimension, if you will, that emerged from a particular form of militant religious thought. Most contemporary jihadists have neither the support of the state nor organised religion. In this sense one might even describe them as the ‘anarchists’ of the Muslim world.

I would not worry too much about Christian fundamentalists in your country, nor would I suggest that turning towards anarchism is a solution to this particular problem. Do not let them pin you down; do not let them identify you as an enemy and as a social threat. They need this; they need to feel threatened to give energy to their forward momentum. If you raise a flag, saying that the point of paganism is to fight Christianity, is to fight the danger of Christianity, they will swarm towards you like killer bees. Rather, let them break on the rock of your secular constitution. That is your greatest strength and your shield; not anarchy. 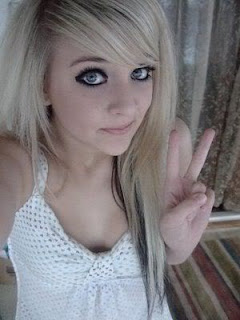