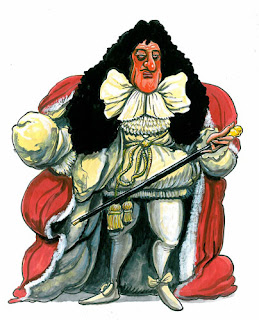 Charles II’s notorious carnal appetites impacted on popular consciousness at the time, with far greater consequence than any caused by past royal misconduct. In the course of research I carried out on this period I came across some truly hilarious-and unpublished-satires, one in which the king is depicted running around the streets of London-'Mercy, help!' the king cried, 'What is wrong, your Majesty; have the Dutch invaded?' 'No; for the love of God, fetch me a midwife.'

Politically speaking, though, the impact of Charles' affairs was far from amusing, because of the circumstances of the time and the nature of the reign. Charles had no legitimate offspring, but many bastards. Normally this would not have been any great problem, as no illegitimate son would have expected to succeed. It became a problem when Charles' designated heir, his brother James, Duke of York converted to Catholicism, and those opposed to him awakened the ambitions of the vain and mercurial James, Duke of Monmouth, the bastard-in-chief.

Beyond this Charles' affairs did indeed have consequences for the well-being of his dynasty, for the simple reason that he quite often allowed sexual attraction to translate directly into political power. Barbara Villiers was to be the first and greatest example of the 'political mistress' and the 'mistress of politics', far more powerful in every way than Charles own queen, Catherine of Braganza. Her influence was such that she created her own political circle at court, interfered constantly in matters of state; so powerful that she was even courted by foreign ambassadors. Charles was frightened of her, frightened of her temper.

In one of his diary enties Samuel Pepys noted "...the king doth mind nothing but pleasures and hates the very sight or thought of business...my Lady Castlemaine [Villiers] rules him...She hath all the tricks..." This liaison was in many ways to set the tone for Restoration politics, secret and manipulative, one that inevitably produced an atmosphere of suspicion and mistrust. Villiers, in the style of Salome, even managed to engineer the downfall of one of Charles' ablest and longest-serving advisors, Edward Hyde, 1st earl of Clarendon, whose head was effectively presented to her on a plate.

Villiers had been bad, but her eventual replacement, Louise de Keroualle was, if anything, even worse; for she was little better than a French agent, put in Charles' bed by his cousin, Louis XIV. Her rise coincides with the secret Treaty of Dover, by which Charles promised to convert to Catholicism in return for a French subsidy. It was not long after this, with the steadying influence of Clarendon gone, that a new mood of parliamentary suspicion emerged; suspicion of the throne, suspicion of Catholicism, and suspicion of Keroualle, or 'dearest Fubs', as Charles liked to call her. 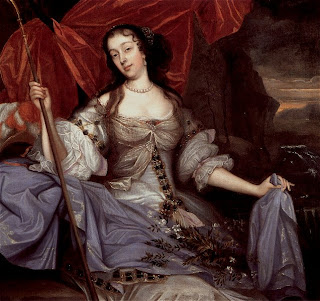 Fubs conspired against all those in the court opposed to the French connection, including Lord Halifax. With the onset of the anti-Catholic crisis of the late 1670s, known as the Popish Plot, a document circulated specifically aimed at Fubs, with the title Articles of High Treason and other High Crimes. Parliament began to investigate the matter but Charles promptly ordered a dissolution.

So, yes, Charles' extra-marital relationships did weaken the authority and the majesty of the crown. It was of no matter when his lovers were, like Nell Gwynn, women of little consequence or influence. It most assuredly did matter when it came to intelligent and the strong-willed individuals, like Villiers and Keroualle. It was all to be part of government by intrigue and cabal; government, in other words, without responsibility. For many, moreover-setting the politics to one side-it made the monarchy look ridiculous, which allows me to finish with some verses drawn yet another anonymous satire;

As Nero once, with harp in hand survyed
His flaming Rome, and as that burned, he played,
So our great prince, when the Dutch fleet arrived,
Saw his ships burned and, as they burned, he swived.
So kind was he in our extremist need,
He would those flames extinguish with his seed. 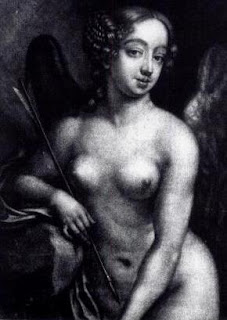 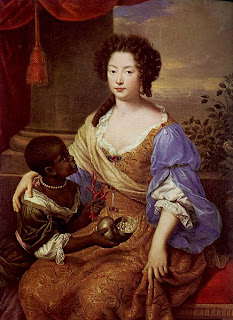 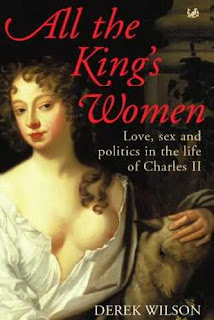