Must Speak English Due To Health and Safety Reasons

When one thinks things can’t get any crazier, well, they do! Apparently a minicab firm in Southampton has been described as ‘racist’ because some of their drivers had signs on their vehicles announcing – wait for it –‘English spoken here.’ I would have thought that an ability to speak English, our national language, would be an absolute requirement for anyone driving a cab. How on earth is one to get to one’s destination if the cabbie does not understand what one is saying; by hand signals and sign language, perhaps?

I discovered this latest outburst of politically correct lunacy in Rod Liddle’s Spectator column, always a good source of outrage and amusement. Seemingly the city establishment is up in arms over this simple announcement, with councillors, trade unionists and local ‘anti-racism’ activists (aka unemployable busybodies) demanding the offending signs be removed, the drivers being threatened that they will have their licences revoked otherwise. So, if you ever need a taxi in Southampton just make sure that your Polish, Urdu or Serbo-Croat is up to speed.

I was told recently, though I cannot swear to the authenticity of this, that the UK Job Centre no longer accepts adverts for ‘reliable workers.’ Why? Because it discriminates against ‘unreliable workers.’

I’ve just checked online –it’s true! It was an advert placed by a Mrs Nicole Mamo, who runs Devonwood Recruitment, supplying cleaners, caterers and porters to hospitals across the country. When she attempted to place the ad in the job centre at Thetford in Norfolk she was told that the wording was ‘unacceptable’ for the reason given. She also had to battle to retain ‘must speak English’ because that was also considered to be ‘discriminatory.’ In the end she had to write “Must speak English due to health and safety reasons.”

Honestly, it would be impossible to make this stuff up; it’s simply too fanciful even for the imagination of Lewis Carroll. Contrariwise, if it was so, it might be; and if it were so, it would be; but as it isn't, it ain't. That's logic. Yes, that’s logic alright. ‘But I don't want to go among mad people,' said Alice. 'Oh, you can't help that,' said the cat. 'We're all mad here.’ We must be to put up with this rubbish. Who is it, I want to know, who dreams up this kind of stuff and how much are they paid? It’s like some bizarre, some surreal comedy.

I begin to think that the British National Party, the BNP, has become a necessary evil, a sort of antidote to the nonsense with which we are flooded. This is not a comfortable thought, I assure you, but this movement, thuggish and unpleasant, is a reflection of the anger generated by the Labour’s dictatorship of the inept. Just imagine the reaction of white working-class voters in Southampton to the announcement that speaking English is somehow wrong. The BNP should be thankful for the Labour establishment and the PC legions behind it; they best recruiting agency they have ever had.

I going to write to the Home Office suggesting that “Must speak English due to health and safety reasons” be placed on all border crossings. I wonder if they will listen.:-) 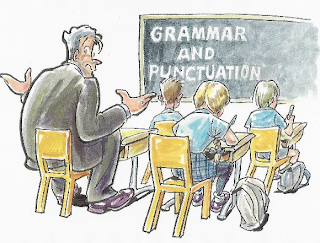