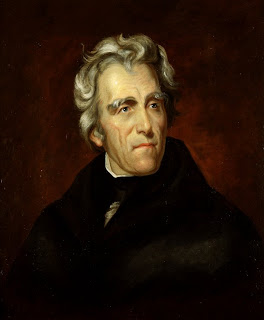 It is, I think, one of history’s acutest ironies that revolutions almost invariably produce the opposite from the aim intended, or, rather, they take existing evils and magnify them still further. Take the puritan rebellion in the 1640s which led to the outbreak of the English Civil War. Here the intention of those who supported the Parliamentary side was to limit the powers of the King. After considerable bloodshed, which embraced the judicial murder of Charles I, Oliver Cromwell, in the office of Lord Protector, had tyrannical powers bestowed on himself that the King could never have imagined possible.

But it’s another example I’m thinking of – that of the American Wars of Independence or the American Revolution, as it is sometimes described. This was directed against the ‘tyrannical’ powers of George III, a milder ruler than even Charles I. But after the victory what then happened; did America achieve a new birth of republican freedom? Actually, no; if anything it was a new birth of monarchy.

When George Washington –George IV, perhaps? –assumed the office of president in 1787 he was given personal powers far in excess of those enjoyed by George III. Not only could he appoint ministers but his remit also extended to ambassadors, consuls, administrative officers and Supreme Court judges. As Commander-in-Chief he could go to war, make treaties and conduct foreign policy all independent of Congress.

So, there you have it; the outcome of the Revolutionary War was that Americans swapped a hereditary monarch with limited powers for an elective monarchy with powers not even subject to their own legislature. Hannah Griffiths, a Quaker from Pennsylvania, expressed her disappointment in verse;

The glorious forth – again appears
The day of days – the year of years
The sum of sad disasters.
When the mighty gains we see
With all their boasted liberty
Is only change of masters.

It was because of this that America, in the following century, was to revisit some of the constitutional struggles that had been fought out in England centuries before. One of the leading political parties before the Civil War took the name ‘Whigs’, challenging the executive power of ‘King’ Andrew Jackson, calling to mind the politics of the reign of Charles II. The Civil War, at least to some degree, was a second American Revolution, with the Confederacy representing the spirit of 1776, the spirit of local opposition to central control. Guess what? The King won. :-)
Posted by Anastasia F-B at 15:33