Argentina and the Conquest of the Desert 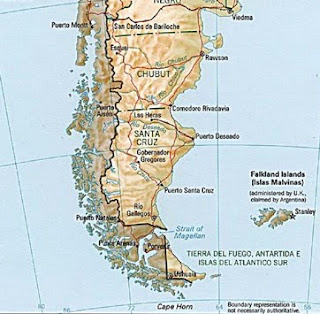 There are some interesting parallels between the 'frontier experience' of the United States and that of Argentina. For both countries the issue became of growing concern during and after a major war; in the case of the United States the Civil War, and in the case of Argentina the War of the Triple Alliance. Also in both cases the growing conflict with the indigenous peoples began with measures concerning the distribution of the 'virgin' lands;

America introduced the Homestead Act in 1862 and Argentina the Land Act of 1867, the effects of which were to be similar in both cases. Moreover, relations between central government and the the natives was marked by bad-fath and broken promises, and the usual weary pattern of reprisals and counter reprisals. And in Julio Roca Argentia was blessed with its own version of Philip Sheridan. Roca, who led the successful campaign against the Indians in the Conquest of the Desert, declared in 1879 that "In the struggle for existence...the weaker race must perish in the face of the one favoured by nature."

However, for Argentina the 'problem of the frontiers' was, if anything even more acute. In the 1870s the Indians controlled a far greater proportion of the country. From the core of settlement around Buenos Aires, there were effectively two frontiers, one to the north and the other to the south. Argentina's European population was considerably smaller than that of the United States. During the 1850s, a time of internal political strife, the provinces of Buenos Aires, Sant Fe and Cordoba were particularly badly hit by Indian raids.

What was worse, the Ranqueles and the Araucanians, and other tribes, were ignoring the lines of territorial demarcation, previously agreed in a treaty with Juan Manuel Rosas in 1833. The outbreak of the war with Paraguay in 1865 forced the government to temporise by a process of appeasement. Encouraged by concessions on the frontier the tribes became that much bolder. In one particularly serious raid in Cordoba province in 1868 the Indians made off with 200 captives and 20,000 head of cattle.

At the end of the Paraguay war in 1870 Argentina was able to turn its large army towards a resolution of the internal problem. The 1867 Land Act, passed by the government of Bartolome Mitre, in allowing public land to pass into private hands, was more than enough motivation for 'rolling back the frontier.' The huge cattle industry, demanding every greater amounts of pasture, also required an immediate solution to the Indian problem. Added to this, growing immigration from Europe was creating new pressures.

The final spur to action, if any such were needed, came in 1876, when Chief Mariano Rosas of the Ranqueles penetrated the frontier defences at three points, before raiding and devastating a huge area of the settled countryside. The hardliners now had all the excuse they needed for the final conquest of the vast lands of Patagonia.
Posted by Anastasia F-B at 15:52