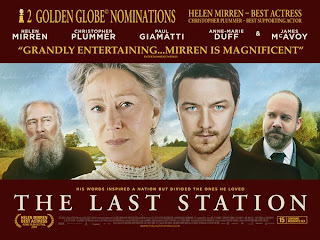 The Last Station, directed by Michael Hoffman, is a period drama telling of the final stages in the life of Leo Tolstoy, author of War and Peace. Starring Christopher Plummer as Tolstoy and Helen Mirren as Countess Sofya Andreyevna, his wife, and based on the biographical novel of the same name by Jay Parini, the movie itself is a kind of war and peace in the context of a marriage

There are some terrific performances. Plummer is utterly convincing as Tolstoy, loving and yet rigid in principle, but Dame Helen really steals the show as Countess Sofya. If anything her performance is at points a little overripe, and I’ve never before seen her hamming it up with such exuberance. But don’t let that put you off; there is a comic intensity to her Countess Sofya, but there is also an underlying vulnerability; a sadness over a loss of power and influence which she also brings to the fore. 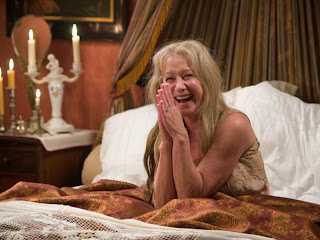 I have to say that while I admire Tolstoy so much as a writer - second only to Dostoevsky in the pantheon of Russian literature in my estimation - I’m far less keen on Tolstoy the man, or the man he became in the final stages of his life. Ghandi before Ghandi, he was an advocate of pacifism, celibacy, neo-anarchism and vegetarianism, while at the same time full of self-will and egoism; a man who was prepared to put vacuous abstractions before living people; a man who was prepared to preach but not always practice. He is the original bleeding heart and limousine liberal, as one review I read rightly says

My sympathies in the movie- and in life- were all with Countess Sofya. She was Tolstoy’s amanuensis and muse. Only she could decipher his handwriting. She copied War and Peace no fewer than six times. More than that, she also made suggestions along the way on the book’s characters, on what was credible and what was not. So she had as much right to the book, it might be thought, as her husband.

Tolstoy thinks otherwise. He is proposing to give away the copyright to all mankind in the shape of the Tolstoy Foundation, headed by Vladimir Chertkov, played by Paul Giamatti, Sofya Andrevena’s principal opponent. The Countess, you see, is a material girl living in an idealist world!

It’s this mix, this tug of love and legacy, comes Valentin Bulgakov, a credible performance by James McAvoy, a naïve and doe-eyed idealist. Employed by Chertkov essentially as a secretary for the author and as a spy against the scheming Countess, he is able to watch the war of the Tolstoys at first hand.

Living in a nearby Tolstoyan commune, dedicated to bloodless ideals, he matures under the guidance, and the love, of Masha, played by Kerry Condon, a free-spirit in every sense. I could not quite work out what she was doing among the self-deniers, the celibates and the abstainers - oh, the looks of disapproval she incurred when doing something as innocent as killing a troublesome mosquito! Anyway, with her advent the movie then takes the shape of a double love story; of Tolstoy and the secretary; of first love and last love; of young lust and old empathy, one nicely played off against the other. 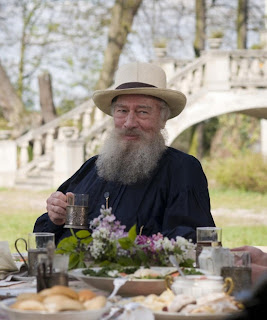 Ah, yes, the Countess does love the man; she just hates those like Chertkov, who would turn him into an icon, a prophet and an ideal. She did not marry Jesus; she married Lev Tolstoy. In the end Tolstoy, unable to live in the cross-fire, and surrendering real life for chimerical ideals, leaves home, going by train and ending in Astapovo, his last station, where he dies. I’m delighted to say that the Countess, and not Chertkov, got the copyright in the end, awarded to her by the Russian Senate in 1914, four years after her husband’s death.

I confess I thought the script a little thin at points, never really getting below the surface. But even so it bubbles along quite nicely. The cinematography is gorgeous, the rural settings beautiful, a touch of life in the old Russia, the Russia of counts and peasants, of authors and icons, destroyed for ever by the communists.