We Only Have Fourteen Hours to Save the Earth 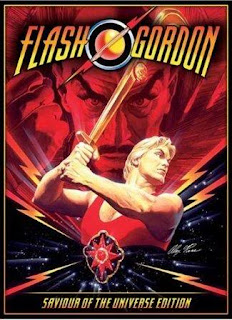 One simply knows that the global warming theory really is in a state of terminal crisis when even the Guardian, yes, the Guardian starts to raise doubts. The paper ran a series of articles last week, some of them very good, raising a number of pertinent questions.

On Saturday Simon Hoggart, himself an AGW sceptic, highlighted the very thing that concerns me most. It’s simply this: if the science is so convincing why are the warmists becoming increasingly hysterical when faced with rational questions and objections? Why does someone like Ed Miliband, the Secretary for the Environment, need to launch his own campaign of personal invective simply because there are people who take a contrary view to the accepted orthodoxy?

Orthodoxy, that’s the key word, don’t you agree? Global warming has become a new religion, as Hoggart suggested. It’s part of that pessimism that has accompanied our species almost since the beginning of time, codified in religions like Christianity. There are precious few now who believe in Doomsday, in the Second Coming and the Last Judgement. So, no more ‘the end is nigh: repent!’ Instead we have ‘global warming is happening: repent!'

Dismal Gordon Brown, with little Miliband in tow, went to Copenhagen last year along with Super Obama, urging the message of repentance on the world. But they come from a Christian tradition, a tradition of pessimism and guilt. The Chinese do not and therefore had not the least intention of repenting, no matter how many hallelujahs were shouted at them. If we were back in Europe of the late Middle Ages the Chinese delegates would be facing a charge of heresy, with the cleansing fires beyond, a literal warming after the Auto de Fe.

We deniers, and I am most assuredly a denier, not a sceptic, have been placed on the same moral and intellectual level as those who would question the Holocaust. It does not matter; for the more people like Millipede shout and scream, the more bogus ‘science’ is produced, the deeper my conviction becomes. And the deniers, sceptics and doubters are growing by the day, as we know from a recent opinion survey.

The wonderful thing is that it was ordinary people, bloggers by the dozen, the global warming guerrillas, as Matt Ridley describes them in the Spectator, who exposed the greatest intellectual and political fraud of the modern age. The internet has become in this regard a true democracy, a little like the demos of ancient Greece. In pre-internet days the orthodoxy would have been swallowed whole, peddled by the BBC and sycophantic journalists; peddled by ‘scientists’ on fat research grants. Contrary voices would have been lost in the wilderness, confined to obscure journals, only ever read by a tiny minority.

I remember seeing Flash Gordon when I was little in which Dale Arden turns to the hero, saying, “Flash, I love you! But we only have fourteen hours to save the earth” It obviously stuck in the back of my mind, because it immediately leapt out when I heard the warmists say, in their alarmist and hysterical fashion, that there were only fifty days to save the world! Yes, they are ludicrous. I think this is what will kill them in the end – laughter. :-))