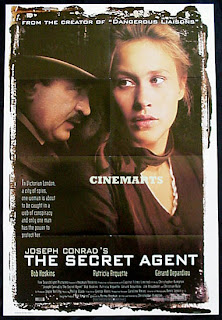 Terrorism and the fear of terrorism has become such an important part of our lives that it’s interesting to contrast present preoccupations with past perceptions, particularly those prevailing in the nineteenth century.

You see, Britain in the nineteenth century considered itself in every way more advanced politically than just about all of the powers of the Continent, most of which were considered to be under some form of despotic rule. This gave rise to the view that if foreign rulers were the targets of terrorism then it must be partly their own fault for ruling in an unreasonable way. It was also responsible for the liberal approach towards all those seeking political asylum. Foreign governments even suspected that the British were encouraging plots for their own particular ends, the Iran of the Victorian age! This view became especially pronounced after Felice Orsini threw his Birmingham-made bomb against Napoleon III in 1858, killing twelve bystanders in the process.

The reality, of course, was quite different. The government was always embarrassed when any given incident could be traced to English shores, but was still unwilling to risk a challenge in Parliament by making any fundamental alterations in the law, or to undermine a well-entrenched liberal tradition. This attitude was shaken somewhat when terrorism came home, as it did in the Fenian bombing campaign of the 1880s. But the only new law this led to was the Explosives Act of 1883, which obliged those possessing dynamite to prove that they did so for legitimate purposes. It is not as if the government ignored the advice that it gave out so freely to the Continent: namely, address the root problem and the violence will go away. Some attempt was made to tackle discontent in John Bull's Other Island with the introduction of the First Irish Home Rule Bill.

Sir William Harcourt, the Home Secretary of the day, responsible for domestic security, in a further, less publicised, attempt to improve matters, and to placate the Continental powers, created a section within the London Metropolitan Police, charged with keeping an eye on foreign socialists. This was followed by the creation of an 'Irish Branch'. In the end the two new offices were combined in a single Special Branch, charged with two functions: to be ready for any revival of the Fenian threat, and to reassure the Europeans that no threat would be mounted against them by exiles living in England. The Special Branch, whose activities were largely unknown to the wider public, could thus operate in such a way that did not mount a direct challenge to the liberal tradition.
Posted by Anastasia F-B at 16:05