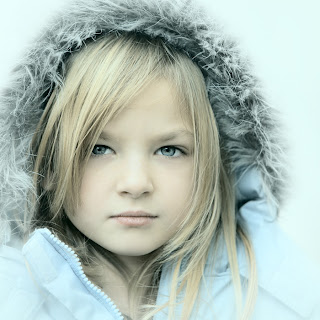 I love Hans Christian Anderson’s story of The Snow Queen, but not for the reasons that you may suppose: I love her icy beauty and her power, the seductive power of her magic. The description of her palace transports me;

The walls of the palace were of driving snow, and the windows and doors of cutting winds. There were more than a hundred halls there, according as the snow was driven by the winds. The largest was many miles in extent; all were lighted up by the powerful Aurora Borealis, and all were so large, so empty, so icy cold, and so resplendent! Mirth never reigned there; there was never even a little bear-ball, with the storm for music, while the polar bears went on their hindlegs and showed off their steps. Never a little tea-party of white young lady foxes; vast, cold, and empty were the halls of the Snow Queen. The northern-lights shone with such precision that one could tell exactly when they were at their highest or lowest degree of brightness. In the middle of the empty, endless hall of snow, was a frozen lake; it was cracked in a thousand pieces, but each piece was so like the other, that it seemed the work of a cunning artificer. In the middle of this lake sat the Snow Queen when she was at home; and then she said she was sitting in the Mirror of Understanding, and that this was the only one and the best thing in the world. 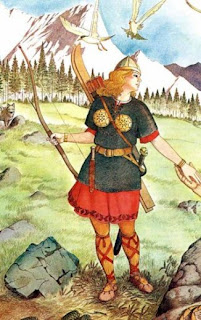 Skadi is the daughter of the Frost Giant Thiazzi who stole the apples of immortality from the gods. He was subsequently killed and the apples taken back by Loki, the great trickster. Skadi gathered her arms, marching to Asgard looking for revenge, even managing to terrify Odin himself. Refusing gold in compensation she was bought off by being offered a husband in place of a father. 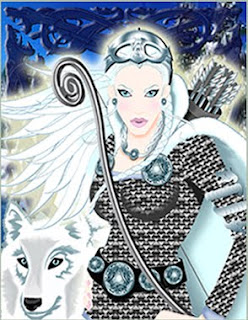 But her marriage to Njord, the sea god, was unhappy as the two were not exactly well-matched, Skadi hating sunshine and seashores, Njord hating her ice palace. You see, even marriages made in heaven are not always perfect.
:-)