Tale of a Latin Chav 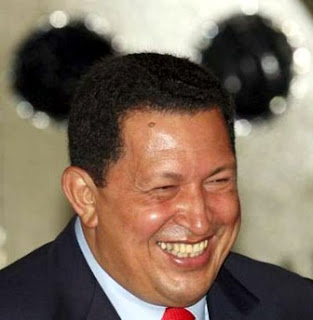 Hugo Chávez continues to drag Venezuela down the path to outright dictatorship. On 23 January, a date on which the country commemorates the 1958 overthrow of the Pérez Jiménez, the last military caudillo, cable television operators were ordered to stop carrying, RCTV, a pro-opposition channel.

This is all part of a pattern that I have described in previous blogs, a pattern of growing intolerance and creeping authoritarianism. When the Inter-American Commission on Human Rights, part of the Organisation of American States, complained on behalf of RCTV, which previously had its general broadcasting licence withdrawn, they were simply ignored. For Chávez human rights may be at a premium in Honduras but they count for nothing at all in Venezuela.

Opinion, I’m glad to say, is now moving against the sawdust Caesar. He won a referendum last year to remove limits on presidential terms, the sort of thing that Zelaya attempted in Honduras to his cost. But there are now, according to The Economist, unprecedented levels of discontent with life in the Chavista utopia; discontent with crime, inflation and power and water shortages. This is not good for this tawdry modern Bolivar, not good that demonstrators are taking to the streets of Caracas, not good that parliamentary elections are approaching.

But there is a way around that little hurdle when one has the will and the means. Closing down RCTV is just the first step. A new electoral law has been passed virtually guaranteeing that the Chavistas will emerge triumphant. That has been coupled with some creative gerrymandering by the government-dominated electoral commission, ensuring that opposition gains are kept to a minimum.

One thing I forgot to mention is that Hugo the Gross announced last month before parliament that he was now a Marxist. That’s certainly no surprise to me, understanding Marxism to be a political style, a style long since grasped by this thug. What I can’t really accept is that he has the intellect to work his head around such delights as surplus value and dialectical materialism!

It’s no joke, though, for at least some of the people of the country when the president announces that private property is the root of all evil. And being the root of all evil he has set about grubbing it up, taking hold of a French supermarket chain and adding it to Comerso, his very own conglomerate. Casting their eyes over history I have a hunch that the people of Venezuela may come to regret the revolution of 1958, come to regret the passing of Pérez Jiménez.
Posted by Anastasia F-B at 16:12