Truth Will Set you Free 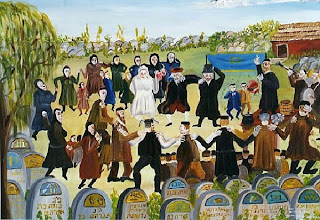 The question of Poland and the Holocaust is a uniquely difficult one because all sorts of complicated issues are raised: that of Polish people towards the Jewish community in their midst, and that the post-war communist authorities towards the political significance of the Holocaust.

The official investigation into the Holocaust began with the setting up of a commission to gather evidence of war crimes, which included the Jewish Historical Institute (JHI), a body of independent historians. This was a time when Poland was not yet fully controlled by the communists, so some degree of openness and objectivity was still possible. Things changed from 1948 onwards.

In 1950 the JHI was placed under the control of the Ministry of Education, with all inquiry not approved of by the Party coming to an end. The new line was to stress the passive response of the Jews to the Nazis, while minimising Polish anti-Semitism and collaboration. It was said that the western emphasis on the persecution of the Jews had only obscured the persecution of the Poles. The official attitude towards the Jews was further modified by the emergence of the state of Israel. Now anti-Semitism was replaced by anti-Zionism; but both still drew on the traditional stereotype of the greedy, manipulative and exploitative Jew.

The political struggles of the 1960s saw the emergence of even more strident forms of anti-Jewish nationalism, most associated with the group around Mieczyslaw Moczar, notorious both for his xenophobia and his anti-Semitism. After the victory of Israel in the Six Day War of 1967 the position for Poland's dwindling Jewish minority became steadily worse, with all sorts of people being attacked for 'Zionist sympathies', whether they had them or not.

The whole programme embraced Holocaust history. Any and every attempt to define this as a uniquely Jewish event was denounced as "part of a chauvinist Zionist propaganda plot to justify the existence of Israel and turn the world against communism." It was, so it was said, a new "Jewish world conspiracy." In 1968 all the records of the JHI were taken over by the government. Subsequent to this a conference was held to "rebut the slanderous campaign of lies in the West...especially with reference to the accusations about the alleged participation of Poles in the annihilation of the Jewish population." By now the JHI had all but ceased to exist.

The fall of communism has been accompanied by a new openness; a willingness, at least by some, to confront uncomfortable truths; issues like the Jedwabne Pogrom and other matters touching on the relations between the Jewish and Catholic communities during the Holocaust. As a further indication of how things are changing I note from a recent report in The Economist that communist-era distortions are falling away and that for the first time the majority of Polish people see Auschwitz chiefly as a place where Jews were killed. 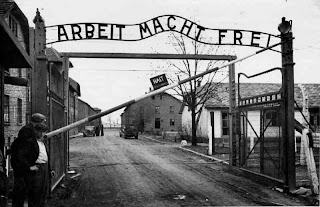