There are more things in heaven and earth. 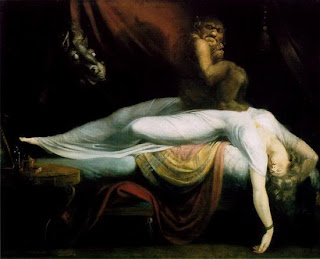 I’ve only just discovered the story of Dame Alice Kyteler, an Anglo-Irish noblewoman accused of witchcraft in the fourteenth century. Her case was one of the first of its kind, following not long after Pope John XXII added witchcraft to the list of heresies in 1320.

Dame Alice was married four times. John le Poer, her fourth husband, was convinced that she was poisoning him. On his death her children immediately accused her of sorcery. Judgement was finally passed against her in 1325 by Richard de Ledrede, Bishop of Ossory. But the night before her scheduled execution she disappeared, never to be heard of again. Alice is unique in one other regard: she was the first woman to be accused of having sex with an incubus, a demon by the name of Robin Artisson.

But there is another reason why this story is remarkable, a reason of far more recent provenance. In 2008 Claire Nolan, an administrator at the University of Dublin, originally from Kilkenny, the place where Dame Alice was born, published The Stone, a biography of the notorious noblewoman. 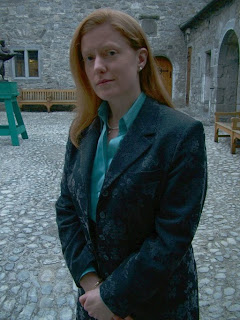 Five years before this, on the other side of the Atlantic, an artist by the name of Paddy Shaw, intrigued by the story of Dame Alice, painted her portrait from imagination. Six years later Shaw gave the painting to Nicky Flynn of Kyteler’s Inn in Kilkenny, built on the same spot where Alice used to live. The painting was then brought to the attention of Pat Nolan, Claire’s father, who was flabbergasted by the resemblance. When Claire herself saw it she said it was like “looking in a mirror.” There are more things in heaven and earth, Horatio. :-) 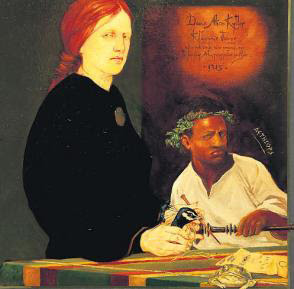