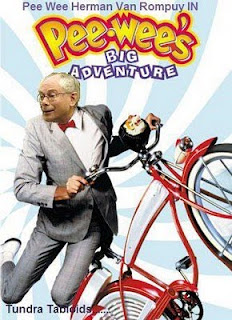 What’s the least exciting nation in Europe? Don’t pause; give a quick answer, a reflex. I would guess most people would opt for Belgium. Now, who is the least exciting, most boring politician in Europe? Yes, of course; it’s Herman van Rompuy, Mister Euro President, dear old Rumpy Pumpy, the very personification of Belgium. I saw him depicted in a cartoon recently as a smurf, an apt image, I thought.

Did you catch the recent news; did you see Nigel Farage’s broadside against Rumpy? It came on the occasion of his first appearance in the laughable European Parliament as President. UKIP is not my party, and Farage is not my man, but my admiration for him grew as I watched Rumpy squirm under his withering invective. “I don’t want to be rude”, Farage said, and then proceeded to be remarkably rude, direct and to the point, clearly aiming at a British audience and not the torpid placemen in this chamber, this shallow façade of democracy

It was quite brilliant; blogland is buzzing with it, buzzing at the onslaught against this mediocrity. We were told, Farage said, that when we had a president that the man would be a giant political figure, the leader of five hundred million people, the man who would represent all of us on the world stage, and what did we get? “Well, I’m afraid what we got was you”. And then he really let rip. Rumpy has the charisma of a damp rag and the appearance of a low grade bank clerk. The question Farage asked, the question I want to ask, I imagine most of us want to ask, is quite simple: who are you?

As the members from here, there and everywhere started to grumble at his boldness and audacity Farage responded, quite rightly, with a truly cutting remark - “Oh, I know democracy is not popular with you lot.”

There is just so much truth in that. The Europeans know next to nothing of democracy, one of the simple lessons of their history, no sooner out of bed with fascism than into bed with communism. But these movements were too direct, far too obvious; the uniforms, the flags and the dictators were just too over the top, too exciting. Why not just bore democracy to death; why not increase immeasurably the power of a faceless bureaucracy, why not let a President emerge by a deeply undemocratic process, rather like a mole from a hole, the hole being Belgium? Yes, why not?