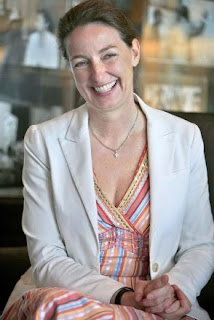 For me the saddest outcome of the First World War has to be the disappearance of the wonderful, tolerant Habsburg Empire, so much better in almost every way than the successor states which followed. In the place of tolerance and understanding came oppression and dictatorship.

It’s therefore with some delight that I can report that the Habsburgs are making something of a comeback, at least in the diplomatic field. The Economist reports that the superbly named Gabriela Maria Charlotte Felicitas Elisabeth Antonia von Habsburg-Lothringen, Princess Imperial and Archduchess of Austria, Princess Royal of Hungary and Bohemia (phew!) is set to become an ambassador. Anyway, if you ever meet her you will be relived to know that she prefers to be known simply as Ms von Habsburg.

Ms von Habsburg, the granddaughter of Karl, the last Austro-Hungarian emperor, will present her credentials in Berlin next month. Whom does she represent? Austria? No, that would probably be too sensitive. She is, rather, the ambassador from Georgia, yes, Georgia, that outpost of Europe. Though born in Luxembourg and brought up in Germany she has lived there since 2001, taking out citizenship. Unfortunately The Economist gives no clue as to why she decided to settle there of all places.

But it’s certainly a boost for the troubled-state of Georgia, certainly a boost President Mikheil Saakashvili, who says that a name like Gabriela etc. etc. etc. is bound to open doors. Sitting in the glare of the bear, the president is also anxious to remind the Germans and the wider Continent of his country’s European roots. Trading on aristocratic connections, long-cherished associations and past glories may be the last card in the Georgian pack. I certainly wish her every success, hoping that she remembers always one thing Austriae est imperare orbi universe, or maybe just Germany. :-)
Posted by Anastasia F-B at 16:02