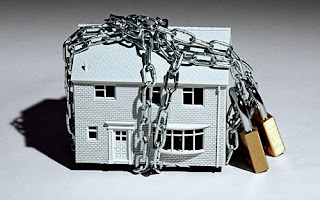 In the early months of the Second World War Sir Oswald Mosley, leader of the British Union of Fascists, was arrested along with many others and forcibly interned under Defence Regulation 18B. These people, it is important to understand, had committed no crime; they had given no indication that they were even prepared to commit a crime. They were simply arrested and imprisoned on the off chance of treason, a clear breach of both habeas corpus and their youman rights more generally. Oh, but people did not talk about youman rights then; people were far more concerned about the greater danger the country faced, far more concerned by the prospect of a Trojan Horse within the national citadel. After the danger receded most of the ‘suspects’ were released. Mosley himself was freed in 1943 in the face of objections from – guess who? - the National Council of Civil Liberties, which now calls itself simply Liberty.

Defence Regulation 18B is long dead. We no longer need it; we are not at war. Oh, but we are, as the latest airline plot shows; as death lists drawn up for British MPs shows, after one MP was stabbed, almost fatally, in his constituency surgery. We are at war, facing an enemy far more ruthless than Mosley and his Black Shirts, an enemy that is prepared to kill innocent and guilty alike. We do not have 18B; what we have is Control Orders, introduced by the last government as part of a platform of counter-terrorism measures.

I’m reluctant to speak up on behalf of anything introduced by Tony Blair, whom I despise as a man and as a politician. I believe in civil liberties, the right of every suspect to face their accusers, one of the corner stones of our constitution, going all the way back to Magna Carta. But I look with ever growing contempt on those ranged against them, those defenders of youman rights, those who seem blind to the particular circumstances in which we live, the political threat which we face. I look at them, the Guardian readers, the hyper liberals and all their fellow travellers. I look at a new broken back coalition, an axis between Tony Benn, a sort of socialist dinosaur, one who believes that the problems of terrorism and the Middle East can be solved by a ‘peace conference’, and David Davis, a Tory of very little intellect, a sad, rejected and resentful man, anxious to undermine the present government at every move. If these people say black I will say white.

Thank goodness for Charles Moore, by far my favourite newspaper and magazine columnist. Writing in the Telegraph on Saturday he points out the simple and sober facts about Control Orders, overlooked by the cotton candy minds of the broken back coalition. More than a thousand people were detained under 18B, not always in the best of conditions, certainly not in anything quite as convivial as house arrest. How many are now subject to house arrest (actually it's only partial house arrest) under control orders? Nine; yes, that’s right, exactly nine. The orders, as Moore says, are sparingly applied. They are intended to restrict the movements of those that the Home Secretary, acting on the advice of the intelligence services, believes to be a genuine threat. The evidence is not subject to a normal legal test because it is simply too sensitive. Nevertheless, it is still evaluated by a High Court judge in considering periodic renewals. “Liberty”, Moore writes, “is indeed a key concept in our society. But it will still be discredited if the public sees it as means of protecting those who hate that society the most, while exposing the rest of us to unnecessary danger.”

Control Orders are likely to go and go soon. The Liberal Democrats in our present Coalition government are against them as well as Davis and his band of muddle-heads. More important MI5, the branch of the intelligence service responsible for domestic security, now says that they are no longer absolutely necessary. Teresa May, the present Home Secretary, has defended them as a ‘necessary evil’; it’s just such a pity there has been so much concentration on the ‘evil’ and not enough on the ‘necessity’. I sincerely hope that if and when they do go we do not come to regret their passing and blame those responsible for their passing in the face of some future outrage. I suppose I can always take abstract comfort from the Observer, which says that the whole system violates our deepest principles. I wonder if the people who believe that sort of thing, including the forces of the broken back coalition, would have been equally bold in speaking up for our ‘deepest principles’ in 1940? Not Liberty, obviously.
Posted by Anastasia F-B at 15:47