The Thoughts of Citizen Pete 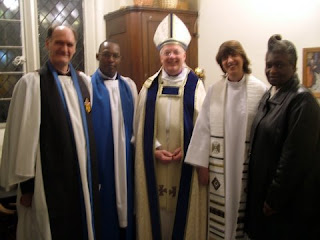 Those of you unfamiliar with English ritual and custom might not be aware that we still have an established church, a national church, supposedly. Yes, we have the Church of England, the dear old C of E, the church in which I was baptised and confirmed. It has ancient roots as part of a worldwide Catholic communion, though since the Reformation it has been headed not by the Pope but by the reigning monarch as Supreme Governor.

Now the powers conferred by this office are really residual in nature. Still, the archbishops and bishops all owe a basic loyalty to the institution of monarchy. But the Church of England, you see, is a broad church, with room for all sorts of people; it even has room, as I discovered recently, for republican bishops: it has room for the likes of Pete Broadbent (apparently he insists on ‘Pete’), Bishop of Willesden. Now that’s another new discovery for me: I had no idea that there was a Bishop of Willesden.

Anyway, Bishop Pete is a trendy sort of guy, a sort of Tony Blair kinda cleric. He twitters and tweets and he has a Facebook page. He’s used Twitter to announce to the world that he was going to have a ‘republican day’ in France on the occasion of the forthcoming wedding of Prince William and Kate Middleton. Not content with that, he went on to Facebook to describe them as ‘shallow celebrities’ whose marriage would last seven years at the outside, before proceeding to a sustained assault on the monarchy in general, with some offensive and distasteful remarks about Prince Charles (Big Ears) and his late wife (Porcelain Doll) thrown to season the stew.

What can I say about Pete? He is entitled to his republican and anti-monarchist views, of course he is, though I would have thought that this was something of a problem for a senior cleric in a church that professes outward loyalty to the royal house. But set that aside, for is there not something even more basic, anti-Christian, it might even be said, in his churlish and boorish dismissal of the marital prospects of a couple setting out on life together? It does not really matter if they are celebrities or not (William can hardly help being a celebrity), it does not really matter of they are ‘shallow’ or not (judging, I suppose, by his depth); they deserve the respect that every other couple is entitled to, not this ghastly man’s uncharitable and hurtful rudeness. With people like him in charge small wonder that the decline of the Church of England in recent years has been so rapid.

I simply can’t abide ill-manners, boorishness and discourtesy in any degree. When a man like Pete (a citizen and not a subject, as he says on Facebook) jeers at a couple who have given no offense and caused no harm, other than to announce that they intend to marry, then it becomes absolutely intolerable. But I’m not as uncharitable as Citizen Pete. I really do hope that the sun shines on his republican day and that the French make him very welcome. I hope they make him so welcome that Willesden and England never see Citizen Pete again.
Posted by Anastasia F-B at 10:48