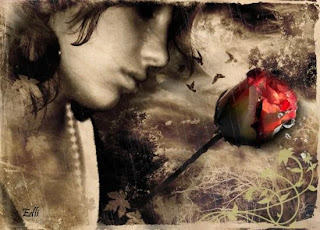 I’m a bibliophile; that much should be obvious. It’s not just that I love to read, widely, voraciously, but I love the feel and the smell of books, new books and old books. I inherited a passion for books, something that was passed on to me at an early age by my parents and by Debbie, my nanny, a wonderful woman, a friend and occasional companion still, who did so much to stimulate my imagination, not just by reading aloud but by acting out the different parts, the different characters, with memorable consistency. She managed to do it ‘just so’, and I feel sure at least some of you will understand the precise allusion here!

We have a huge library at home, a room entirely filled with books that mother and father have either inherited or acquired over the years. It comes equipped with an old leather Chesterfield, which has the indent of Ana, impressed over time, a reliable vessel for a voyage that took me around Lewis Carroll, Enid Blyton, Arthur Ransome, Kenneth Graham and Rudyard Kipling to Jane Austen, George Elliot, Emily Bronte, Charles Dickens, Graham Greene and William Somerset Maugham, with lots of islands in between and beyond! Of course I had my own collection as well, books in my bedroom, lots of new friends like Anne Fine, Roald Dahl and Jacqueline Wilson.

Almost all the books I buy now come from Amazon, mostly new, though I still like browsing through some of London’s wonderful antiquarian and second-hand bookshops. These recollections were brought on by a recent discussion on Blog Catalogue on second-hand books, on the feelings one gets from handling that once handled by others, of the lives they have passed through. I love coming across the traces people have left - names, dates, notes, anything that links with the past. I have all sorts, some with faded, spidery writing, dedications or observations, the oldest going back to 1793. But I’ve handled material even older than that, including a seventeenth century edition of a History of the Reign of Edward III. This lodged in my mind because of the inscription “Captain Carlops to Miss Smythe, 17th ye December 1692.”

But the inscription that had the biggest impact was in a one-volume edition of The History of My Own Times by Bishop Gilbert Burnet, published in 1853, which I found in the college library. Inside the flyleaf, written in a beautiful copperplate hand, was this: “To James from Ralph on leaving Eton. Summer, 1854.” I’ve no idea at all who James and Ralph were. Two friends, two boys at Eton College, the English public school, or possibly two masters. No matter, I still think of them as being young, schoolboys or masters. The inscription really made me quite sad, to think of that summer long ago, to think of those dawning futures that are now distant pasts.

O Mistress mine, where are you roaming?
O stay and hear! your true-love’s coming
That can sing both high and low;
Trip no further, pretty sweeting,
Journeys end in lovers’ meeting—
Every wise man’s son doth know.

What is love? ’tis not hereafter;
Present mirth hath present laughter;
What’s to come is still unsure:
In delay there lies no plenty,—
Then come kiss me, Sweet-and-twenty,
Youth’s a stuff will not endure.