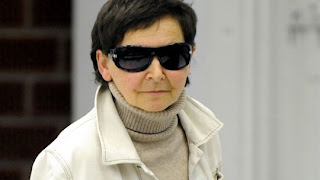 At the beginning of last month fifty-eight year old Verena Becker appeared in court in Stuttgart, charged as an accomplice in the murder over thirty years ago of Siegfried Buback, then Germany’s prosecutor-general, in a drive-by shooting. Becker, if you have never heard of her, was once a member of a collection of terrorist fanatics generally known as the Baader-Meinhof Group, after the two principal leaders, though they preferred to call themselves the Rote Armee Fraktion – Red Army Faction – or the RAF.

These people had declared war on what was then the Federal Republic of Germany, Buback being a prime target, an agent of the ‘fascist’ state. The fact that Buback’s driver was also killed probably counted, if it counted for anything at all, as a terrorist version of ‘collateral damage.’

Becker and her crowd were part of a generation now known in Germany as the Achtundzechzigers – the 68ers – the student cohort of 1968, born to put the world to rights, born to compel their parents – the Auschwitz generation- to face the facts of their past, to face the fact that Germany had not been liberated at all in 1945, that the Federal Republic was not a true democracy merely a continuation of the Hitler state.

Knowing nothing about Becker and next to nothing about German urban terrorism I’ve had a quick and enlightening trot through Utopia or Auschwitz; Germany’s 1968 Generation and the Holocaust by Hans Kundani, a London-based journalist. It’s quite a tale, a story of political pathology, intellectual delusion and sophistry of the most tortured kind imaginable. For me it simply confirmed something that I had long deduced: that when it comes to the supposed lessons of history nobody is more deluded or capable of self-delusion than those on the political left.

I say left but it in the end it’s impossible to determine where these people, the generation of 68, belong other than in a kind of bedlam. They started off with a radical Marxist agenda but there were always undertones of distinct forms of German nationalism, allowing them to perceive the United States as an occupying power in the West as the Soviets were in the East. They began in criticising Nazism with attitudes, outlooks and practices that were distinctly Nazi. They began to upholding Auschwitz as a symbol of absolute evil only to relativise it, placing it alongside the bombing of German cities and the sufferings of the Palestinian people, before, in some cases, wishing to forget it altogether, or even denying that it happened at all.

Yes, that was another of their favoured causes, Palestine in the wake of the Six Day War, an event that transformed Jews and Israel from history’s victims to history’s perpetrators. In an article published in The New Republic in August 2001 Paul Berman put it thus: “To the West German students Israel became the crypto-Nazi state par excellence, the purest of all examples of how Nazism had never been defeated but instead lingered into the present in ever more cagey forms.”

It certainly did, not in Israel, not in the German State, but in people like Becker, people that Jurgen Habermas, once the doyen of radical thought in Germany, described as ‘left-wing fascists.’ The anti-Semitism was, of course, disguised in the usual dishonest way as ‘anti-Zionism’, a wholly enlightened process that saw a ‘selection’ of Jews by some 68ers following the Entebbe hijacking, that saw a bomb planted in a Berlin synagogue on 9 November 1969, which just happened to be the anniversary of Kristallnacht. Horst Mahler, an RAF activist who supported the murder of Israeli athletes in Munich in 1972, is a Nazi. No, that’s not an insult; he is a leading neo-Nazi, currently in prison for using the Hitler salute and Holocaust denial, both of which are crimes in Germany.