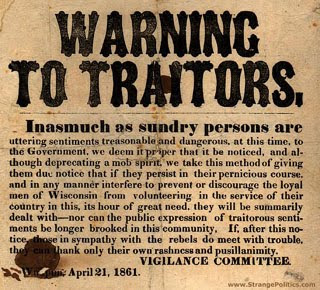 I’m a snoop; I read other people’s letters; I even read letters intended for the sovereign in person, top secret, highly revealing documents that could cause tremendous discomfiture and embarrassment if published...or they could have caused these things if they had been published in the seventeenth century, the time when they were written!

Now there is WikiLeaks; now there is publication of confidential information online for all to see. And what do we have? In a lot of cases pretty much the small change of international diplomacy, the sort of things that people say in confidence and never expect to see repeated, at least not in their lifetimes. The action we see in history, the things that happen, really are the tip of an iceberg or, better said, they are the few seeds germinating from the thousands thrown.

It seems to me that a lot of the Wiki stuff is of such a nature, seeds that would never have germinated, lots of inconsequential gossip. I note the Iranians even believe that the whole thing is a fiction, designed to put additional pressure on them. Perhaps it is; perhaps it’s an indication of what might happen, a warning of how much ill-feeling there is against them across the region? I’m just anticipating the inevitable conspiracy theory!

The whole thing is an embarrassment for the State Department, a look at diplomacy in the raw; but is it anything more? Yes, it probably is; for it makes the confidence, frankness and the trust within which diplomacy must be conducted all the more difficult. I have no hesitation in saying that this is a form of sabotage, a threat not only to the interests of the United States but to its friends and allies also.

I think the hacker, Julian Assange, his collaborators and associates, are stupid, or malicious, or both; if they are Americans they are clearly traitors. I certainly hope that they are caught and pursued to the full extent of US law for theft and for espionage.

There are wider lessons here, though, in dealing with future attempts at cyber terrorism - I offer no apology for the use of that expression – which I hope are learned quickly. It’s really difficult to believe that there could have been a security leak on this magnitude, documents that should really have been left to future historians to interpret, the snoopers of a different age.
Posted by Anastasia F-B at 15:49