England and the Spanish Armada 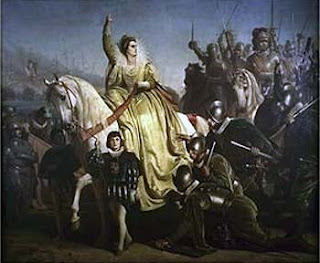 When I was an undergraduate I once addressed myself to the question what would have happened in the Spanish Armada had succeeded in landing in England. I know the ‘what if' school of alternate history is frowned on, but I quite like it, as I like all kinds of games. Here is the answer I gave, as close an approximation of the facts that I can muster.

Alternate dimensions in experience and time: I suppose we are entering the realm of history as a form of 'game theory'. It is possible, in such abstract situations, to construct just about any scenario, with equal degrees of conviction. The answer that I am about to shape is probably no more convincing than any other, but I will try to build on the foundations of evidence.

If Parma had landed on the south coast of England his professional army would have faced a national levy of volunteers, badly trained and even more badly equipped. He would, in other words, have faced almost precisely the same situation as the Germans, if they had managed to affect a landing in 1940. For months, Lord Burghley, Elizabeth I's chief minister, had been taking steps to ensure that all due preparations had been made. England did posses a kind of 'home guard', based on the county levies, the so-called trained bands; but the training these men had received was haphazard and patchy at best.

The Privy Council received numerous reports on the inadequacy of the county forces, including one from Sir Edward Stanley, who wrote that the men of Cheshire and Lancashire had not been mustered, and had received no training, in two years. A Spanish agent also reported that from the whole population of London scarcely 10,000 men had been assembled.

Some of the men in trained bands were armed with muskets, some with pikes, and still others with the longbow, the traditional English infantry weapon going all the way back to the Hundred Years War. Against well trained Spanish tercios they are likely to have fared badly. There again, the rate of fire of a well-trained bowman was considerably in excess of the cumbersome and slow loading fire arms of the day, so enemy casualties are likely to have been high.

As for Parma, on the assumption that he brought his whole force safely across the Channel, he would have had 40,000 men at his command, plus another 20,000 from the Armada itself. Exactly where the landing would have come we cannot be certain, though Kent seems more likely than Essex, as the Spanish would have known that the English forces were concentrating at Tilbury, to the north of the Thames. Robert Dudley, the English commander-in-chief, at the very last minute sent 1000 men to strengthen the defences of Dover.

Once the point of invasion was known, all of the English forces, along the whole of the south coast and the Home Counties, would have massed for a counter-attack, which would have demanded the utmost speed before the Spanish took Rochester and crossed the Medway. The Tower would have been able to withstand a siege, although for how long is almost impossible to say. If Leicester's army had been defeated, all that would remain would be the levies of the north. The Queen had her own personal army, though for the sake of royal security that may have fallen back on Wales, which would have become the centre of national resistance. It is likely that every able bodied boy and man, from the age of sixteen and sixty, would have been mustered, around 130,000 from a population of just fewer than 5 million.

From the Spanish archives we know, in outline, what would have happened in the event of victory. The country would have been subject to complete military occupation. A viceroy would have been appointed, or Phillip II may have nominated a king, possibly Parma, from his own family. Before her execution, Phillip had hoped to marry Parma to the Catholic Mary Queen of Scots, which would have greatly strengthened his claim. Elizabeth, if captured, is unlikely to have lived, because of the threat she posed to the security of the occupation regime.

The heretical English Church would have come under the control of the Spanish clergy, 1200 of whom sailed with the Armada. Catholic recusants are likely to have received favourable treatment, though whether many would have chosen to be cast in the role of traitors and collaborators is impossible to say. In 1588 England was a much more unified nation than it had been in 1066, the time of the last full-scale conquest, so resistance would have been prolonged and bitter, possibly aided by James VI of Scotland, whose ambitions for the southern throne would have been ruined by the Spanish conquest.

So that’s it, that’s my best guess! Before leaving this I would like to thank This Royal Throne of Kings, a blogger whose page I recently visited, for reminding me of one of the most inspirational speeches in English history, that of Gloriana, England's greatest queen, England's greatest monarch, to the troops at Tilbury. It never fails to bring tears to my eyes.