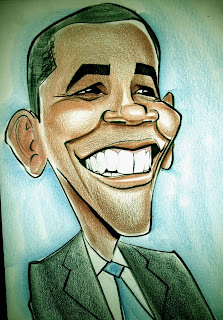 This is a piece I wrote for a multi-author blog site earlier this year. I’m reviving it here, slightly adapted, in the light of the American mid-term elections.

The United States at the moment is a bit like a yacht drifting without a rudder, twisting this way and that in the wind. Casting an eye over American history one would have to go back a longish way to find a similar period where the country was so lacking in leadership, right back, in fact, to the time before the election of Abraham Lincoln and the outbreak of the Civil War.

In 2008 many greeted Barack Obama as a new Lincoln, the same grand words, the same lofty vision. In reality he has turned out to be more in the image of Franklin Pierce or James Buchanan. Yes, the fact that most of you probably now have to pop over to Wikipedia is a measure of how little trace they have left, a measure of their mediocrity! In generations to come other people, I suspect, will have to do the same for Obama.

I was never at any point seduced by Obama-mania, never seduced by those vacuous words and lofty promises. He’s a Democrat and I dislike the Democrats as much as I dislike the British Labour Party. I was convinced that his showmanship and lack of practical politics would eventually show him up for the shallow fraud that he is. But even I did not expect him to flounder so badly after such a short time. I thought demagoguery would at least carry him through to a second term. Now there has to be serious doubts over such a prospect. I absolutely hate to say this but Obama even makes the Wicked Witch of the State Department look good in contrast.

Quite simply Obama has absolutely no capacity at all for leadership. He is astonishingly weak, a real buck-passer in the one job where the buck cannot be passed. His dithering over troop reinforcements for Afghanistan handed the strategic initiative to the Taliban. His floundering, name-calling and scapegoating over the oil spill in the Gulf was not in the least edifying.

Look at his domestic programme, promise unfulfilled, failure ever present. The health care bill, his one triumph, a pyrrhic victory achieved by dividing the nation, just hangs around still waiting to be implemented after all this time. When it comes to dealing with the nation’s massive public debt he does not seem to have the first clue, other than to continue on a course that would shame the Greeks. Unemployment remains stubbornly high in spite of billions of dollars sucked into wasteful and inefficient local government initiatives.

On every front Obama is failing; on every front America has never looked weaker and less decisive. Not one of Obama’s foreign policy initiatives has come within a mile of success. His laughable appeal to the “Islamic republic of Iran” was effectively thrown back in his face, making him look extraordinarily naïve, a gesturing child on a dangerous world stage. He is turning out to be the worst friend that Israel ever had, though he has gained no advantage in the Arab world in consequence. Even his commander in Afghanistan could not hide his frustrations over presidential incompetence.

Now the brand is toxic. The Democrats are fearful that they may not just lose the House in the November mid-terms but the Senate too. Even if they do not the Republicans are likely to make sufficient advances to block any legislation they don’t like, a log-jammed legislature matching a log-jammed executive. Yes we can is set to become no we can’t.