Bliss was it in that dawn 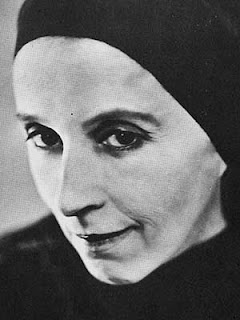 Karen Blixen’s Out of Africa features on my list of all-time favourite non-fictions. Blixen, who originally wrote under the pen-name name of Isak Dinesen, was a Danish writer, a marvellous teller of stories, including some in the Gothic genre. But she is still best known for her memoir of her life on her farm in what was then British East Africa, now Kenya.

Published in 1937, it opens so evocatively- “I had a farm in Africa at the foot of the Ngong Hills”, proceeding as a wonderful retrospective on her time as a coffee planter, both before, during and after the First World War. I was intrigued to discover that on the way out she voyaged on the same ship as Paul von Lettow-Vorbeck, a soldier on his way to take command of the troops in German East Africa, now Tanzania.

Both, in their separate ways, were to become the stuff that legends are made on: Lettow-Vorbeck as one of the great German soldiers (he’s another of my heroes!), a field commander and guerrilla leader of genius: Blixen as an icon of single-minded female determination, a survivor against all odds. They had a common interest in horses, Lettow-Vorbeck later writing to her asking to send some of her best stock. Unfortunately by this time the war had intervened.

Blixen was to meet other remarkable people, the most remarkable of whom in my view was Denys Finch Hatton (if you’ve seen the movie based on the book he is played by Robert Redford). Finch Hatton in so many ways was the last of the adventures and buccaneers who built the British Empire. A scion of one of the best connected English families, he was educated at Eton and Oxford before he came out to Africa at the age of twenty-four, the same age I am now, and stayed for the rest of his life. He was a professional hunter, but he was so much more- an intellectual, a flyer and a lover, a man of highly refined feelings, the passion of Blixen’s life. 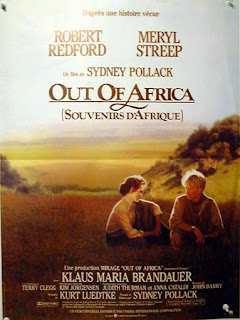 In the early 1930s he took her flying in his De Havilland Gypsy Moth, an experience she describes in the book as the “most transporting pleasure of my life on the farm.” Blixen wrote to her brother of Finch Hatton that “to love the ground he walks upon, to be happy beyond words when he is here, and to suffer worse than death many times when he leaves.” In May 1931 he left forever, killed when his Gypsy Moth crashed at Voi airport. He was buried in accordance with his wishes in the Ngong Hills, where his brother later erected a memorial with a line from Coleridge’s The Ancient Mariner – “He prayeth well, who loveth well both man and bird and beast.”

In so many ways Out of Africa describes, in transporting prose, a vanished world, a better world, a more heroic world. It’s a time in which I could see myself, a time when there yet more worlds to conquer. Bliss it must have been in that dawn to be alive, but to be young would have been very heaven. By the time Blixen left it was over- the pioneers were gone, the game was gone, the land was gone. In came the awful Happy Valley crowd, as mediocrity and tedious bourgeois decadence walking hand in hand!