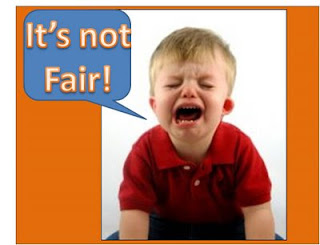 We are all born with elementary concepts of justice. Even the youngest child when she or he feels that something is not right will announce that “it’s not fair.” Sadly there is so much of life that is simply unfair; even justice can be unfair, justice where there is no justice.

In 1995 Philip Lawrence, a headmaster, was stabbed to death outside his school in West London when he went to aid a boy being attacked by a gang. One Leareo Chindamo, born in Italy of an Italian father and Filipina mother, was later charged and convicted with the murder. A juvenile at the time, he was jailed indefinitely, with a recommendation from the judge that he serve at least twelve years. In July of this year he was released by the parole board. At the time he made some pious statement to the effect that he would spend the rest of his life atoning for his crime and intended to do so “by living quietly and decently.”

Well, we now know what this creature means by living quietly and decently. A few days ago he was arrested on suspicion of being involved in a street mugging, allegedly threatening a man with violence before stealing his wallet and mobile phone. He has now been recalled to prison while the matter is under investigation.

In August 2007, three years before his release, the Asylum and Immigration Tribunal ruled that he could not be deported back to Italy on completion of his sentence because this would be a breach of his human rights under the 1998 Human Rights Act. This came in spite of a warning from the Home Office that he represented a “present and serious threat to society.”

Frances Lawrence, Philip Lawrence’s widow, was understandably angry; she continues to be angry at the manifest unfairness of this absurd law. It makes me angry too. Please forgive that profanity, but fuck this man’s human rights and fuck the 1998 legislation. Sorry, I really don’t like swearing; this is just a measure of my frustration, I imagine the frustration of so many others.

To all those who would cry with me that “it’s not fair” I would like to point to Switzerland. There a referendum is being held calling for the systematic expulsion of foreigners convicted of a range of crimes, anything from murder to welfare fraud. The campaign, being heavily backed by the Swiss People’s Party (SVP), is estimated to have the support of 54% of the electorate. There are no half measures here, no caveats, no ands, ifs or buts. The law, if passed, will allow for the deportation of all foreigners after completion of their sentence, even if they have lived in Switzerland all of their lives. Fabrice Moscheni, president of the SVP, puts it thus;

It’s very simple. We think that people whom we welcome to Switzerland should respect the rules of this country. If they don’t they should go away. If you welcome somebody into your house, and he comes and destroys everything, I don’t think you would want him to come back.

No, you would not.

The government, worried by this exercise in people power, and fearful of breaching treaties with the EU, has suggested a compromise, whereby cases would be judged on an individual basis. But people are angry, understandably so when one considers that foreigners account for as much as half of the country’s crime.

The liberal establishment is at work trying to badmouth the campaign. It’s a xenophobic abuse of the Swiss referendum system, says Amnesty International, an initiative that “clearly and knowingly breaches fundamental norms of human rights.” But at least some are prepared to admit that the present mood has been caused by ignoring the problem for too long, largely for reasons of political correctness.

For me the issue is perfectly clear: there are some things more important that artificial concepts of human rights; there is justice, justice for the victims of crime, some of whom, like Frances Lawrence, having done no wrong, are still left with their own life sentences without prospect of parole. It’s just not fair.
Posted by Anastasia F-B at 17:34