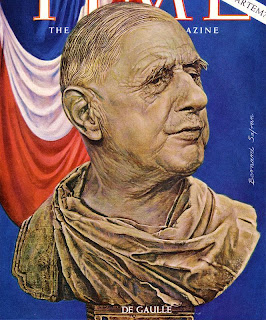 OK, Adam, with reference to your argument set out in The Autocratic Republic on your One Nation blog let’s strip things back to first principles. Monarchy simply means rule by a single person. While it is normally associated now with royalty there is no reason, no etymological or philosophical reason, why this should be so. According to your definition it implies “feudal hereditary selection.” But this is a contingent, not a necessary relationship. Go back to early history and you will find plenty of examples of elective monarchies: Rome was an elective monarchy before the advent of the Republic, with no hereditary selection, a tradition that was later revived in the Holy Roman Empire. And on the subject of Holy and Roman, the Vatican continues to be governed by an elected monarchy, again with no feudal or hereditary selection.

Look at the history of the Roman Empire: between the creation of the Principate by Augustus and its end under Diocletian it was governed for the most part by a single individual, though stable and hereditary succession was to be elusive in the extreme. After the death of Nero it was the exception, not the rule. During the most stable period of imperial history, from the ascent of Trajan to the death of Marcus Aurelius, reigning emperors simply chose the best man, meaning the strongest man, as a potential successor by cooption. It fell down when Commodus, the son, succeeded Aurelius, the father, simply by right of primogeniture, the feudal principle at its purest.

So, monarchy is not necessarily royalty. If you need a further example, one closer to home, then I give you the Protectorate. England was a republic in strict legal terms, but Oliver Cromwell was a monarch, a king in all but name; he was even referred to as “Your Majesty”. A dictator, an autocrat, he even managed to pass his ‘crown’ to his son in a non-elective, non-feudal hereditary succession. Closer to our time there is the example of the United States, which began as a revolution against monarchy...only to give monarchy an entrenched constitutional position. It is no accident that by the time of 'King' Andrew Jackson his opponents are referring to themselves as the Whigs. Bringing matters up to the present day look at North Korea. Is there any better example of a hereditary and absolute monarchy without any kind of feudal element?

Now let’s consider France. To begin with I have to say that you overestimate the importance of the Third Republic in general and Jules Ferry in particular, a figure of passing and transient significance. French history between 1792 and 1958, as I have already argued, is the history of a nation in search of a stable and lasting form of government. And what a bewildering picture it is –republic, empire, restoration, empire, restoration, bourgeois monarchy, republic, empire, republic, new state, republic, republic. Only the last stage, the Fifth Republic, reached a resolution because it finally answered the long question, the long struggle between parliamentary and monarchical governance in favour of monarchy.

Previous republics, even the long lasting Third, were driven by a system of parliamentary rule, weak to the point of self-destruction. Time and again the Third Republic sank into crisis, the most serious of which came with the riots of February 1934. I have said that it only survived because its enemies were weaker still, because they could not agree on an acceptable alternative. In the end the Republic committed suicide. Many people assume that Philippe Petain was a German puppet ruler. He was not. He was the embodiment of the state; he was a new Napoleon III. All power was accorded to him by the National Assembly, by the Republic itself.

De Gaulle was a politician of genius. He knew that the parliamentary republic was a failure; it always had been. Still, the outward trappings of monarchy were impossible, either in an imperial or a hereditary and kingly form. The solution was a Presidential Republic, a non-hereditary monarchy; the solution was the Fifth Republic, quite different from all of its predecessors. In many ways it resembles Weimar Germany under the presidency of Paul von Hindenburg than any previous French regime. Or, if you prefer to stick to the French example, De Gaulle was Napoleon I, Napoleon III and Marshal Petain all in one: he was the state. During his rule he was most often depicted by cartoonists as Louis XIV. Everything that you wrote about him in The Autocratic Republic confirms his stature, confirms his monarchy. The Fifth Republic, barring some unforeseen political disaster (never say never when it comes to France), is his abiding legacy. Against this background Ferry was a little man, an irrelevance. Modern France owes little or nothing to him; modern France scarcely remembers him.
Posted by Anastasia F-B at 00:24