We will we will tax you 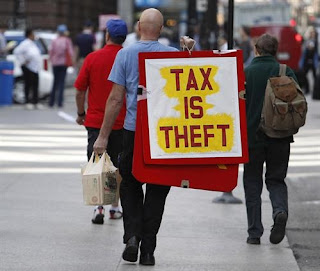 From 1688 to 1815 England and France were involved in what might very well be thought of as a Second Hundred Years’ War (Yes, I know, but the first one lasted more than a hundred years also!) Of the two sides France was by far the strongest, the most populous, the better placed and the better armed. Yet England still won. Why? That’s simple; because we are not as Napoleon suggested a nation of shopkeepers: we are a nation of accountants.

The downfall of France was brought about by ruinous profligacy, especially under the Ancien Régime. In England Parliament, nit-picking and parsimonious as it often was, kept a close watch on expenditure, thus making sure that no more was raised by taxation than was absolutely necessary, and that every penny was made to count. By this process naval efficiency in particular was maximised, good, well-designed vessels captained by skilled seamen making a major contribution to victory, particularly during the Seven Years War, when England was established as the paramount naval power.

Ah, but the past is a foreign country; they did things better there. Now our Parliament is in some ways no more than an impotent regional assembly; now we are part of a new Ancien Régime: now we are part of the European Union, which has none of ‘our’ traditions and all of ‘theirs.’ Our Prime Minister went to Brussels determined to put a stop to the endless demands for more and more money. He came, he saw…and he didn’t quite conquer. The ‘budget freeze’ will still cost the British tax payers millions at a time of serious nation retrenchment.

Our brave new Europe has ‘their’ traditions, yes, the tradition of milking the peasantry of wealth to be squandered away without consequence. It used to be said of the British press that it exercised power without responsibility, the prerogative of the harlot throughout history. The Commission and the pathetic European Parliament is the new harlot, taxing and spending without fear of consequence.

Let me give you but one example, that of Project Galileo. I confess that anything to do with space, space travel and objects in space bores me absolutely rigid, so I’d never heard of this until I read Costs in Space, an article by Douglas Murray in the latest issue of the Spectator. It’s a scheme dreamt up in the late 1990s because Jacques Chirac, the former French president, thought it would be a jolly good idea for Europe to rival the Global Positioning System (GPS) satellites, used today in almost all of our satnav devices. There was no need for this but, you see, GPS is owned by the United States, and Europe, if you will forgive the expressions, simply had to get it up.

Here we are more than ten years after: no satellites have gone up, just costs, astronomical costs. You see, that’s what the EU does best, that’s what the Ancien Régime does best: not make things, not achieve things, no, just spend money, more and more and more money. Murray apparently phoned the EU (who, I wonder?) to ask about the final costs. It’s too early to speculate in terms of amounts, he was told. That’s right: after ten years it’s too early to speculate in terms of amounts. Let me translate that: it will cost billions. Originally projected to cost 1.6 billion the final cost is now estimated at 22 billion, based on information leaked to the German government by the Commission.

No taxation without representation was the battle cry that began the American Revolution. We will tax you whether you like it our not, is the motto of the EU. Failure does not matter; failure is of no consequence because the European tax payer will always, in the final event, be made to pick up the tab, to pick up the tab for Galileo and every other wasteful project. Murray puts it thus;

The cost to the UK taxpayer for this political ineptitude has shot up from £385 million to £3 billion. That’s the difference of one of those aircraft carriers that our armed forces need. No organisation other than the EU could come up with routine budget discrepancies literally the size of an aircraft carrier. But what’s a rise like that between friends? After all, we’ll be paying an extra £387 million each year after our Prime Minister’s ‘spectacular’ victory in Brussels the other week.

That’s the thing about Europe, the thing about the Ancien Régime: there is no punishment for failure, almost nothing in the way of accountability beyond the corrupt and venal European ‘Parliament.’ How I envy those American colonist who got so upset over a tax on tea. We’ve gone beyond the Tea Party stage; eyes should now be on the Bastille.
Posted by Anastasia F-B at 16:28