The silliness of celebrity 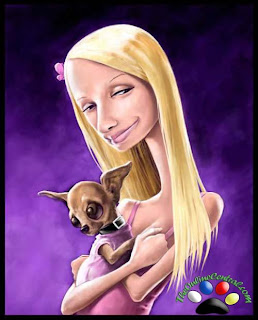 So you think celebrity is a modern phenomenon, well think again! Celebrity has always been with us to some degree or other. In the Middle Ages the cult of saints was big business, for the monasteries and cathedrals who needed relics to attract cash-bearing pilgrims, and for those freelancers who sold such holy artefacts on the open market, bones, hair, pieces of the true cross, if there was a demand there was a supply.

The ingenuity was really quite impressive. Jesus had ascended whole into heaven, so there was nothing left to turn into relics: no bones, no hair, no nails, no skin - nothing. Ah, but wait, hold there a moment on the question of skin. Jesus was born a Jew, and like all Jewish babies…yes, that’s right; there was a lively trade in Holy Foreskins! Foreskins, in the plural; what, there was more than one? Indeed, because relics, like Biblical loafs and fishes, were liable to multiply.

Then the Enlightenment dawned, the rosy light of the Age of Reason thrown into the dark corners of superstition. Oh, but, like nature, the human imagination abhors a vacuum. New devotional objects had to be found, new forms of secular worship. The cult of the saint is dead; long live the cult of the artist! A lock of Saint Cecilia’s hair may no longer be in much demand, so let’s have that of John Keats’ instead, a new object of sacredly profane devotion.

The November issue of Standpoint had an interesting exchange of views between the historian Tim Blanding and the critic Jonathan Bate on the place of Romanticism in contemporary culture, touching on this question, the question of artistic celebrity, amongst other things. In passing Bate mentioned the replacement of the cult of saints with the cult of the artist; I’m simply adding a little flesh to the skeleton.

It’s important to understand that this is not just about things, about the veneration of objects associated with a particular person, but about life stories, about biography. A great part of western literature before the Enlightenment was made up of devotional literature, particularly accounts of the lives and alleged miracles of the saints. And then there is the early form of autobiography in Saint Augustine’s Confessions or, still later, Saint Teresa’s Life of Herself. The essential message of both of these is not vanity, of course, but the discovery of God.

The break comes with the Enlightenment, with Romanticism in particular, where man, and I do mean man, becomes the measure of all things, not God. With this in comes vanity, immense vanity; in comes Jean Jacques Rousseau, the architect, in so many ways, of a new mode of thought based upon egoism and self-celebration. In place of Saint Augustine’s Confessions we have Rousseau’s Confessions. In place of religious experience comes worldly experience.

I should make it clear that I have a particular contempt for Rousseau as a man and as a thinker, the man who turned Reason into a religion, a shabby prophet, a harbinger of a new Promised Land, Moses to Robespierre’s Aaron. But there is, I suppose, a brutal honesty to his autobiography, the same brutal honesty that Saint Augustine displayed in his, honesty, though, without redemption. Rousseau gave away all five of his illegitimate children (he does not even trouble himself to record their names) to a state orphanage, a virtual death sentence at the time. Never mind that; for the real child he gave us the ideal: he gave us Emile, full of advice on how to rear children in the best manner possible. Never has hypocrisy been more blatantly displayed.

To be fair Rousseau is not the only monster of egoism - Lord George Byron, another celebrity of the Romantic age, was just as bad - but he is the original, the prime example of bad faith. In general I have ambivalent feelings about the whole Romantic movement, fascinated and repelled at one and the same time; fascinated by the nobility of Goethe, repelled by the degeneracy of De Sade. Oh, yes, he’s part of the Romantic Movement and the cult of secular celebrity too. My view here is not a second-hand one, believe me; for I walked in to Justine and 120 Days of Sodom and walked out again just as quickly. I simply don’t have the nose for this sort of thing, and I’ve you’ve read these books, even only glanced at them, you will know exactly what I mean.

And so it has gone on, the cult of celebrity, the celebration of the self, through Romanticism into the modern age, gone on in tighter and tighter, ever diminishing circles, from the ridiculous to the even more ridiculous, from Rousseau to Paris Hilton! Lord, what fools these mortals be!
Posted by Anastasia F-B at 16:19