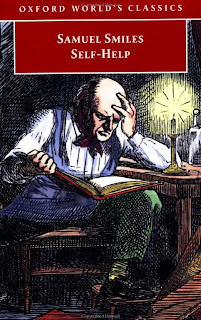 When I was an undergraduate I was close friends with a Chinese girl, someone who came up to Cambridge in the same year. We keep in touch, though she’s now back home. When I first met her I remember she invariably carried a particular book with her, one she dipped in to from time to time. I knew her well enough to guess it wasn’t the Thoughts of Chairman Mao, but when I asked what it was I was no less surprised. She was reading Self-Help, the classic text of Victorian self-improvement by Samuel Smiles. I gather it’s quite the thing in modern China.

I was reminded of this on reading a piece by Giles Coren in The Times recently on the popularity of nineteenth century literature in the People’s Republic. Chinese television companies have seemingly been snapping up BBC adaptations of Jane Eyre, Bleak House, Our Mutual Friend and Vanity Fair. And the masses are thrilled!

As Coren says there is no great surprise in this; for our past is their present, a present of Gradgrind-style capitalism; of urban crime, of pollution, of dust heaps, of smog and corruption. Think just how relevant the work of Dickens is;

…in the land of child labour and a partial slave economy, the story of Oliver Twist regains its original political urgency. In the West it has become a soppy musical love story but in China there is nothing funny or sweet or nostalgic about hordes of unwanted children, turned out by their parents for economic reasons, sent to the workhouse or falling into a life of crime.

Even the mushy nostalgia of A Christmas Carol has an appeal for people longing for forms of mythical social harmony, except in the Chinese version of the story when Scrooge leans out of his window on Christmas morning he calls on the passing boy to go to the butcher and fetch not the prize turkey but the biggest aromatic crispy duck he has!

Vanity Fair is a rave for very much the same reason, I suspect, as Self-Help. It’s the story of Becky Sharp, my favourite Victorian heroine, the original social climber, unscrupulous, ruthless and treacherous, about as far removed from the communist ideal as it’s possible to get, a new model for a new age. It’s the great panorama that the Chinese are clearly looking for, something that the Victorians did so well, something that most modern writers simply cannot match.
Posted by Anastasia F-B at 15:11