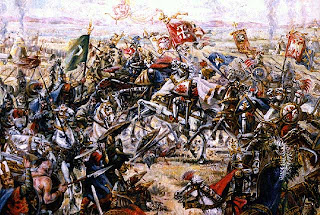 Serbia is doing its best to recast itself. Earlier this season Boris Tadic, the president, paid homage to the 8000 Bosnian Muslim men and boys killed after the town fell to Bosnian Serb forces in 1995. Meanwhile, at Novi Sad in northern Serbia, the tenth annual Exit music festival was held, so called because it is meant to represent the “exit” from Serbian nationalism. It’s obvious that the country is trying to clean up its image in anticipation of joining the great European club.

Actually a strange paradox is at work; for while Serbia is looking to the west it is at the same time looking east to Turkey. Yes, it is an oddity: Serbia and Turkey, two ancient enemies, are reaching out to one another. They both stand at the door of Europe, and while they may not be outcasts they might best be described as orphans. So, making the best of the situation, they have concluded a series of agreements allowing for free trade between the two countries as well as visa free travel. Both, I think, are anticipating a future that may not include membership of the European Union.

If Serbia does not join, or is not allowed to join, it will be because of one thing: Kosovo. This region, which declared its independence in 2008, is a setting for yet another paradox. It contains few people of Serbian ethnic origin though it is still considered not just to be part of Serbian soil but in many ways the most sacred part, the place where the country suffered defeat and martyrdom in the Middle Ages at the hands of – can you guess? –the Turks, bad old enemies, good new friends.

The Serbian government continues to fight a rearguard action against this unilateral act of the Kosovo Albanians through various international agencies, including the UN. The problem is that the independence of Kosovo has been recognised by twenty-two of the EU’s twenty-seven member states which is hardly likely to smooth the Serbian passage. Membership of the EU contains to be the main objective of Serbian foreign policy but the rapprochement with Turkey, and other nations beyond, is clearly being shaped as a line of second defence.

Turkey is back in the Balkans through a Serbian door. History really does have a strange sense of humour.
Posted by Anastasia F-B at 15:27