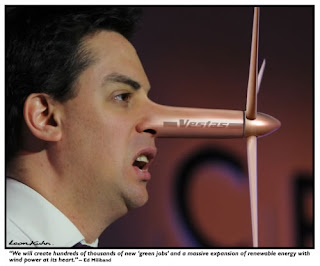 Now the red pestilence strike all trades in Rome,
And occupations perish!

The Labour Party leadership contest is over: Miliband fought Miliband and Miliband won! Perhaps there is a deeper victory here, deeper than that of Brother Ed over Brother Dave, still smarting, I’m convinced, over this filial treachery; treachery that stayed his dagger during the premiership of Gordon Brown with assurances that ‘his time was coming’; but when Dave’s time came so did Ed, so did Ed’s dagger!

Sorry, I’m getting away from my point: you are wondering about the ‘deeper victory’ to which I allude? It’s the posthumous triumph of Miliband senior, Ralph, that was, or to give him his name at birth, Adolphe Miliband, a noted British Marxist and sociologist (he must have been; it says so on Wikipedia!) 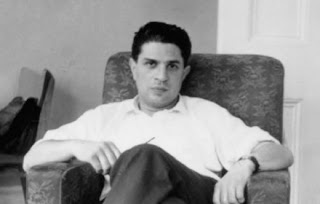 Adolphe was the son of one Samuel Miliband, who once lived in the Jewish quarter of Warsaw before he joined the Red Army in the Polish-Soviet War of 1919 to 1921. Was this an act of treachery against his country or a gesture of solidarity with the toiling masses? I’ll leave you to decide, but I’m convinced that he could not possibly have witnessed the actions of the ‘toiling masses’ in the shape of Semyon Budyonny’s Cavalry Army as they advanced towards Warsaw, cutting Polish, and Jewish, throats. Oh, incidentally, they cut Jewish throats because they were Jewish throats.

Again, I’m getting away from the point, and the point for the moment is Adolphe. He’s been dead for years now, dead before Tony Blair took over the Labour Party, dead before he could see his sons in the New Labour cabinet. I’m sure he would have been proud, though as a “noted British Marxist and sociologist” he did not have an awful lot of time for Labour, new or old, not an awful lot of time for parliamentary politics in any form.

He rests now in the shadow of Karl Marx in Highgate Cemetery, a mere eight meters away from the monument to the Grand Ayatollah of International Socialism, a little piece of old Eastern Europe in North London. Adolphe’s memorial is much more modest, with an inscription reading “Writer Teacher Socialist.”

Socialist, yes, that’s what he was. I feel certain that the contest between Big Brother Dave and Little Brother Ed would have caused him some anguish, though in his heart he would have secretly rejoiced over the unexpected victory of number two son, much closer to his idea of a socialist, proud that he is now being dubbed Red Ed by the press, a well deserved accolade. After all there were features of this election that must have recalled the glory days of the old Soviet Empire, the days when all voters were equal but some were more equal than others.

I’m not even going to bother trying to unravel the Byzantine complexity of Labour’s electoral college. Let me just say that it’s divided into three separate camps: members of the British and European parliaments, ordinary constituency members and then the trade union affiliates. Miliband senior actually carried the first two, but for Miliband junior it was the unions wot done it, though only a fraction of their membership actually bothered to vote.

The union bosses should be pleased by the outcome; in fact at least one among them had previously warned of ‘consequences’ if they did not get this outcome, all in the spirit of fraternal solidarity, you understand. We no longer have old New Labour or old Old Labour, no; we have Red Ed’s Labour, Labour Labour, there to protect the interests of working folk, otherwise known as union bureaucrats.

He’s a union man, Ed is; he will be grateful, I fell sure, to his paymasters, those who levered him so effortlessly into the leadership of the party, with greater things – one can only hope – to come. I’m not a member of the Labour Party, a pity in a way because I would propose the adoption of a new catchy ditty for Red Ed, an old song by a British band by the name of the Strawbs. For, you see, Red Ed’s a Union Man. :-)