Call out my name 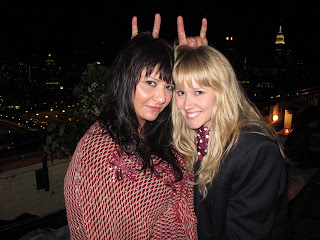 She was no ordinary succubus.
Late into the night
Through cold, electric clouds
She flew with broken wings
On currents kindled by his dreams.
And finally, descending upon
His yearning body, she whispered:
“I’m late, my love, but tender is the morning.”

I have before me my copy of the Malleus Maleficarum (Hammerer of the Witches), the infamous fifteenth century witch-hunting manual of Heinrich Institoris, a Dominican inquisitor. Dear Heinrich knew so much about witches and women; he knew so much about succubae, my demonic sisters, and we are legion; even Japanese emperors want to sleep with us!

What is a succubus, you ask? The legend is simple and quickly told: a succubus is female, a demon – though I personally prefer to be called an imp – who takes the form of a living woman in order to have intercourse with mortal men. The Malleus is quite clear on the reasons for this;

The reason the evil spirits turn themselves into incubi or succubae is not for the sake of gaining or conferring pleasure, because a spirit does not have flesh and bones. The most potent reason is this – to harm a person twice over, that is, in body and soul, through the vices of lasciviousness, so that there comes into being people who are more inclined to all the vices.

So there! Succubae, you see, exist for one purpose and one purpose only – to steal sperm from sleeping men and then pass it to the incubi, male demons, who take the same sperm and use it to impregnate sleeping women, a sort of early form of in vitro fertilisation! According to some sources this is how witches are conceived. Oh, I should add that in case men might just be attracted to a spot of free extra-marital sex with a lascivious imp the church spread the story that the vagina of the succubus was like a chamber of ice. Clerics, I assume, most have had some empirical experience here!

There is a whole sub-text, an inner message to the Malleus that Institoris could never have anticipated, a possible reading, post-Freud, that he could never have imagined. The book is full of apprehension about women in general, fears over female sexuality. The succubae are, in a sense, an expression of that fear, rampant sexual beings, which, like vampires, come in the night to steal the life force from mortal men, blood or semen, it really makes no difference. The succubus really is a phantom of desire. To be taken by one is the Medieval version of an alien abduction!

So, late one night if you hear a rapping, rapping on your chamber door, don’t worry; it’s only me…and nothing more.

You're laying on your bed on a hot summer night
Underneath the lunar light
I am a dream I am a phantom of desire
Call out my, call out my name

I've come a calling from, a thousand ages past
I was the first I'll be the last
I am a scratching on the windows of your soul
Call out my, call out my name