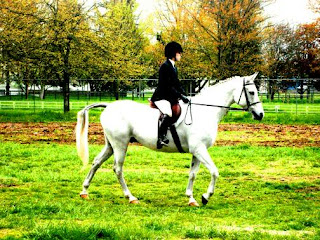 I’m thinking of organising my own book burning session, of walking in the footsteps of the Reverend Terry Jones, that intellectual giant, defender of mom, apple pie and the American way. But my particular animus is not directed against the Koran, no; it’s another book altogether: it’s Tony Blair’s A Journey.

The offences committed by this dreadful magnum opus are too many to mention, offences principally against good English usage. What makes me so angry here, what most reviewers seem to have missed, is that Blair’s testament is the worst kind of insincere pastiche, the People’s Book by the People’s Prime Minister who invented the People’s Princess. As I said on a Facebook site, this ghastly testament is written neither from the heart nor the head. It’s little more than a set of prefabricated clichés and stale ideas, a savage insult to those who died in Blair’s wars. It should burn, though, and burn well.

But even the worst kind of confessions usually have some tincture of simple honesty. Is there nothing in A Journey, nothing that could be offered in mitigation? On reflection I suppose there is, though on further reflection I think the mitigation compounds the general offence.

At a time when this country was facing serious domestic and international problems Blair and his wretched government set off in pursuit of a fox. Rather, they set off in pursuit of fox hunters, determined in a mood of urban spite to stop hunting with hounds, to end an ancient rural custom. I don’t imagine one in ten Labour MPs gave a damn about the welfare of the fox. They were like the seventeenth century puritans who, as T. B. Macaulay said, hated bear baiting, not because it gave pain to the bears, but because it gave pleasure to the spectators.

I happen to love fox hunting. I’ve been riding to hounds since I was twelve years old, a wonderful Boxing Day meet in Surrey that I will never forget. People who know nothing about the sport have all sorts of absurd preconceptions, not least of which that the hunters are all ‘toffs’, all upper class rural stereotypes. In fact I have met all sorts of people over the years. One is just as likely to ride alongside butchers, bakers and candlestick makers as lords, ladies and gentlemen.

Now Blair says that the 2004 Hunting with Dogs Act was a mistake. Now on his Journey he says of fox hunters “I started to realise that this wasn’t a small clique of weirdo inbreds delighting in cruelty, but a tradition, deeply imbedded by history and profound community and social liens, that was integral to a way of life.”

I could say that there is more joy in heaven and so on but this man is such a hypocrite that I would accept absolutely nothing he says as a simple and sincere truth. The legislation itself is a measure of his hypocrisy, a bone to the urban dogs of the Labour Party, a bone to that clique of weirdo inbreds delighting in stupidity. Those of you who know anything about it will understand that it is all sound and fury signifying nothing. It’s hopeless legislation, impossible to understand even more impossible to enforce, so much so that the police don’t even bother.

In a way I don’t really suppose it matters if the present administration of David Cameron repeals the ban or not. Things will go on pretty much as they do already; hunters will hunt and foxes will ‘accidentally’ be killed in the process. If they are ‘accidentally’ killed I can assure you that it is far, far more humane than the pest control methods substituted in ignorance by ‘animal lovers’ and other urban troglodytes, methods I find too horrible even to think about.

Actually, I may not bother with the Blair Book Burning. Instead I might send Journey on a journey, a scented trail for the dogs. I’m a bit worried though: they may just turn up their noses in disgust, dogs being a lot less gullible than the book-buying public. 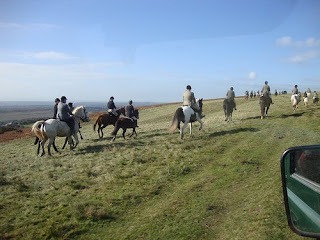