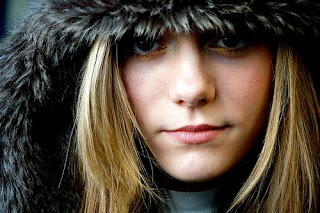 I adore Dr Zhivago, both Boris Pasternak’s novel and David Lean’s 1965 movie of the same name. The theme is sombre enough: a tragic and moving account of the way in which history can tear apart the lives of ordinary people, people who simply want to live and love…and write poetry.

Set against the final years of the Russian Empire, the Bolshevik Revolution and the ensuing Civil War, it tells the story of Yuri Zhivago, a medical doctor and a poet. Married to one woman, Tonya Gromeko, he falls desperately in love with another, Larissa Antipova, simply known as Lara. They originally meet with Zhivago is serving in the Russian army as a medical officer during the First World War and Lara as a nurse.

Their second and more fateful meeting comes during the Civil War, when Zhivago leaves Moscow with his family for the relative safety of the Ural Mountains. He finds Lara in the town of Yuriatin, where she is working as a librarian, there beginning an affair. But the great events of the day ebb and flow around these little lives, consuming and destroying, separating Zhivago and Lara, the first time temporarily, the second time forever.

For me this wonderful story is about love in a time of death. More than that, it’s about the victory of life over death and ideology. There is a point in Lean’s movie where Lara, disturbed by the howling of wolves close to the dacha where they are staying says to Yuri that it is a terrible time to be alive. It’s a time when ordinary happiness was impossible. But before they part Zhivago writes his greatest poems, the Lara Cycle. The whole thing is just impossibly romantic.

I put on my ushanka, my Russian fur hat. I can just see myself in the role of Lara, weeping as the wolves call in the distance.

You it was who shaped my fate,
And then came times of war and ruin.
And for many a long day
There was no word of you, no sign.

Then, after many moons, again
Your rousing voice once more has called me.
All night I read your Testament
And woke as from a swoon next morning.