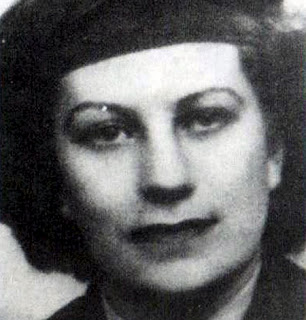 Eileen Nearne died aged eighty-nine of a heart attack in her home in Torquay on the south-west coast of England at the beginning of this month. She died alone, without family or friends, just another sad story, just another Eleanor Rigby. But she wasn’t; she was something quite special.

I read in The Times yesterday that she was destined for a council grave but officials, sifting through her papers in the hope of finding the names of relatives or friends, discovered something quite unexpected; she was a decorated war hero, awarded an MBE, found among her citations for bravery.

Eileen Nearne, you see, was one of a select band of who served in the Special Operations Executive, set up during the Second World War to carry out highly dangerous missions in German Occupied Europe. She was one of only thirty-nine women to do so, a company that included the likes of Violette Szabo and Noor Inayat Khan. Her story is not completely unknown (she has a page on Wikipedia) but local people seemed to have known virtually nothing, beyond that she had something to do with the ‘resistance.’

She certainly had. Under the code name ‘Rose’, she was flown to in secret in a light Lysander aircraft in March 1944 to Les Lagnys in central France, where she joined the Wizard network as a radio operator. The average life expectancy for such people was only six weeks, though ‘Rose’ managed to evade capture until July 1944, some four months after her arrival, when her radio signal was finally detected.

After torture by the Gestapo, she was eventually sent to Ravensbrück Concentration Camp. It was here where Violette Szabo, along with Denise Bloch, Cecily Lefort and Lillian Rolfe, also SOE operatives, were murdered. Nearne was more fortunate, surviving Ravensbrück, where an estimated 92,000 women died, and a labour camp in Silesia. In April 1945 she managed to escape with two French girls from a work gang, finding refuge with a priest near Leipzig prior to the arrival of American troops.

Eileen Nearne MBE may not have talked with her immediate neighbours about her past, but it is something that she herself never forgot. In 1993 she went back to Ravensbrück to unveil a plaque to her fellow agents who were murdered there.

I admire these women so much, the operatives of SOE, who were chosen not because of extraordinary qualities but, as in the case of Nearne and Szabo, because they could speak French well enough to pass as a native. They able to learn certain skills, operation of the radio being the most important, but courage is something one does not learn; courage is innate, found even in the most unexpected places.

I would like to think that in similar circumstances I would have behaved in the same composed manner of the women of SOE, though I’m not at all sure that I would be able to withstand the constant paranoia, the fear of discovery or betrayal or capture, the endless strain on one’s nerves.

Nearne, along with Szabo, Khan and the others, deserves to have her name carved with pride. I’m glad to mark her passage on this day, the Battle of Britain Day.