Smoking will make your nose drop off 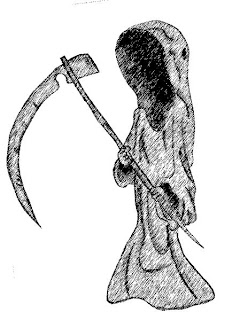 Sorry about the alarmist headline, inspired by a snippet of information on disinformation in one of my history periodicals. Seemingly in 1934 the rumour spread that the Chesterfield Cigarette Company, based in Richmond, Virginia, had employed a leper to pack their product. A little like the famous Orson Well’s radio broadcast of The War of the Worlds, the story caused a wave of panic, seriously impacting on Chesterfield sales.

Ligget and Myers, the tobacco company that owned the Chesterfield factory, issued official denials, but presumably on the basis of ‘they would, wouldn’t they’ the public was not reassured. Even the added support of the Board of Health (think of the irony here!) and the mayor of Richmond made little difference. A business rival was suspected; the company even offered a $25000 reward if the source of the rumour could be traced, but no definite evidence was ever forthcoming. As it was it took fully ten years for sales to recover.

I’ve done a spot of internet research on this subject and it seems that the bizarre association between leprosy and tobacco predates the Chesterfield panic by decades. In 1882 the Chester Times, a newspaper based in Pennsylvania, published the following alarming notice;

A physician who has studied the disease says that it is dangerous to assume that it can only be contracted by actual contact. The very atmosphere in which a leper moves is contaminated. It can be caught by using a chair or room which has been occupied by one afflicted with the disease, or by using a drinking vessel or anything that has been touched by a leper. The street cars are a prolific source of the contagion. Lepers are employed in the cheap cigar and cigarette shops, and scores of instances of the disease are known to have arisen from smoking the articles made by their plague-stricken fingers.

Now if that does not stop you smoking absolutely nothing will!

The association between leprosy and smoking continued to surface from time to time, even as late as the Vietnam War, when it was alleged that the marijuana cigarettes, freely available in Saigon and widely smoked by American soldiers, were made in a leper colony. This came with lurid added detail: that the individual lepers took part in the production process according to their disabilities, with the sickest of all licking the wrappers which sealed the joints! This was so gothically over the top that many solders suspected that it had been started by the Pentagon as part of an anti-drugs campaign, a fair deduction, I would have thought.

Rumour has long had power in human affairs which the advent of modern multi-media has done nothing to reduce. If anything the reverse is true, especially when it is combined with a growing X-files distrust of government and official sources of information. In the 1980s, to take but one example, a story emerged that Procter and Gamble, the American multi-national, was associated with Satanism, all on the basis of its moon and stars logo. In this case the rumour was eventually linked to a business rival, Amway, a direct selling company, resulting in a series of law suits, the most recent in 2007. 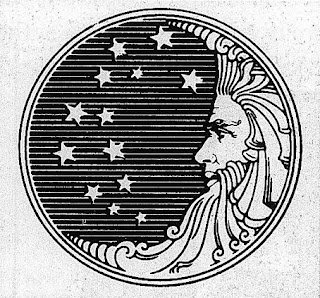 In the days before modern media hearsay was often the only way in which news spread. After the onset of the English Reformation during the reign of Henry VIII, a sensitive and dangerous time both politically and socially, the government had one blunt tool against the spread of damaging rumours – it traced them back to source. Those caught repeating a story were forced, under threat of dire penalties, to reveal who exactly they had heard it from, and so on and so on until the original malefactor was pinned down, presumably someone totally devoid of imagination or the wit to blame some passing tinker!
Posted by Anastasia F-B at 16:18