The Ghosts of Towton 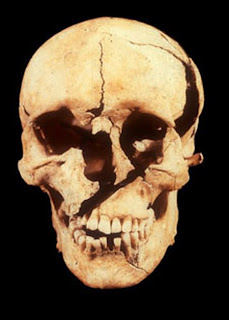 Not much has changed since that bleak Palm Sunday long ago. The land between the villages of Saxton and Towton in Yorkshire is still largely open country, just as it was on 29 March, 1461. It was here, on a day churned with driving snow and freezing winds, that Englishman faced Englishman in the bloodiest battle ever fought on English soil, though the event is now largely absent from popular imagination. Even the battlefield memorial, a fifteenth century stone cross, is easy to miss, situated behind a hedge just off the B1217, a minor road leading from Towton to Garforth.

The Battle of Towton was part of the dynastic struggle between the houses of Lancaster and York that we now refer to as the Wars of the Roses. The origins of the conflict go back to 1399, when Henry Bolingbroke, duke of Lancaster, deposed his cousin, Richard II, ruling in his stead. It was an act that broke established notions of primogeniture and legitimate, divinely ordained, succession, with consequences that were still being felt deep into the reign of Henry VIII in the sixteenth century.

The immediate cause of the struggle was the complete incapacity of Henry VI, Bolingbroke’s grandson, for government. A rival party grew up headed by Richard, duke of York, whose claim to the throne was as strong, if not stronger, than that of Lancaster. The war began as a kind of aristocratic family quarrel. The early battles had really been no more than a series of skirmishes: the casualties had been modest and the rank and file largely spared.

All this changed in December 1460. Richard of York, who had previously been proclaimed as Henry’s heir, an uneasy political compromise, was killed in battle at Wakefield. Not just that but his head was then removed and, adorned with a paper crown, displayed in the city of York. His eldest son then threw off all pretence of loyalty to Henry VI, taking the crown as Edward IV and marching north in pursuit of the Lancastrian army, finally intercepted at Towton. There would be no quarter that day.

Towton was a crushing victory for the Yorkists, a battle fought with murderous bitterness. If the fighting, which lasted all day, was bad the pursuit was even worse, little more than a bloody slaughter. In the late 1990s a mass grave was discovered at Towton Hall, whole skeletons, in some cases. Subsequent investigations have shown how these men died. Details are given of the findings in the December issue of The Economist (Nasty, brutish and not that short). One soldier, known simply as Towton 25, suffered eight head wounds from a variety of weapons. The details are truly grisly;

The precise order can be worked out from the directions of the fractures on his skull…the first five blows were delivered by a bladed weapon to the left-hand side of his head, presumably by a right-handed opponent standing in front of him. None is likely to have been lethal.

The next one almost certainly was. From behind someone had swung a blade towards his skull, carving a down-to-up trajectory through the air. The blow opened a huge horizontal gash into the back of his head – picture a slit you could post an envelope through. Fractures raced down to the base of the skull and around the sides of his head. Fragments of bone were forced into Towton 25’s brain, felling him.

His enemies were not done yet. Another small blow to the right and back of his head may have been enough to turn him over on to his back. Finally another blade arced towards him. This one bisected his face, opening a crevice that ran from his left eye to his right jaw. It cut deep: the edge of the blade reached the back of his throat.

The conclusion is simple enough: this was a methodical slaughter, far too sustained and systematic to be mere battlefield blows. Towton 25 and his comrades are almost certainly a party of Lancastrians on the run from the battle, intercepted and massacred in the vicinity of the Hall and then buried in a mass grave. Even at this distance the violence is shocking – “It’s almost as if they were trying to remove their opponents identities”, one of the field archaeologists said of the attacker’s savage assault.

Close up his eyes, and draw the curtain close;
And let us all to meditation. 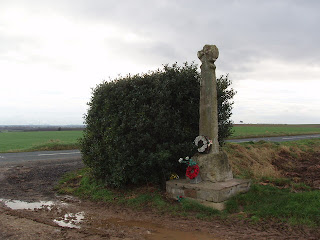