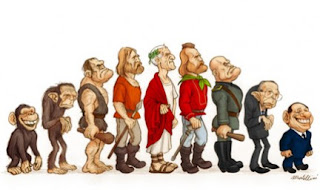 Last weekend the Times carried a rather censorious leader, tut tuts and finger-wagging, all taking Silvio Berlusconi, Italy’s premier and Europe’s premier dirty old man, to task. He must go, it said, for the ridicule that he has brought both on himself and his country. This comes after the latest revelations about his sexual shenanigans, which allegedly included sleeping with underage call-girls. Anyone, young or old, who agrees to go to bed with this old goat surely deserves some kind of compensation, but let that pass.

To the Times I have to say Italy is Italy; it’s a foreign country: they do things differently there. For the rest of us politics is such a serious business; we need some diversion; we need some light entertainment; we need the ongoing farce that is Italian politics; we need silly, theatrical Italian politicians, a blessing on the simple, silly souls. Above all we need dear old Silvio, this seventy-four year old King Knut, desperately trying to hold back the advancing tides of time, with dyes, hair weaves and what have you. Contrary to the Times assertion, we need the opera buffa that we have come to expect from the Italian political class.

My sincere apologies to all my Italian friends; I mean no offence, though offence some of you have doubtless taken. I dare say you are one of the more serious among your nation, one who did not vote for this endearingly comic man, one of those who are not beguiled by his boyish machismo. You may favour the fall of his coalition, you may vote against his party, but do please consider the rest of us. After all what will we be left with if Silvio departs the stage? Herman van Rumpuy and Angela Merkel, that’s what, and not that much in the way of fun and frolics is to be expected from them!

As a good Italian you will know something of your modern history. Silvio admires Benito, you know, that man in the black shirt who only sent opponents ‘on holiday.’ Silvio should admire Benito, for he, too, was very much in the tradition of Italian farce. Now you are even angrier with me. But do remember what Benedetto Croce, the best of your modern philosophers, said in contrasting Nazism and Fascism. You’ve forgotten? Let me remind you then. He said that while National Socialism was a dark shadow, deep and brooding in German history, Fascism, even in the midst of its worst excesses, never quite lost its carnival atmosphere. Yes, and it also did wonders for the sale of castor oil! 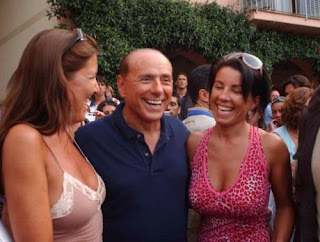 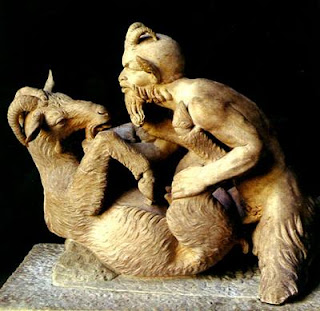