The dead hand of welfare 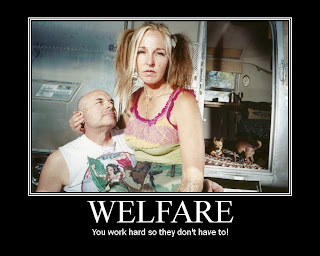 The one certain consequence of aid, of any kind of welfare, is poverty. Look at this country, look at the dreadful Dependency State, a financial burden that has crippled us for years and resulted in a form of entrenched, institutionalised socialism, almost impossible to shift, no matter the political complexion of any given government. Billions of pounds have been spent and we are not a step closer to ending poverty.

No, instead we have created welfare-dependency ghettos peopled by a sub-class; places where one’s expectations of a meaningful and fulfilling life are low to non-existent. Instead time passes with cheap alcohol, a haze of cigarette smoke, visits to the doctor, daytime TV and endless ennui, only relieved by an early death; it’s the subterranean world of the Morlock. America look to Britain; look to your socialist future.

I’ve expressed these views before, so there is nothing really new here. But I was inspired to take this path again by an article in the Sunday Telegraph about the work of Dambisa Moyo, a Zambian-born economist who has previously written Dead Aid, a book pointing the extent to which African economies have been crippled by foreign aid programmes, just the reverse of the outcome intended.

Now she has published How the West was Lost: Fifty Years of Economic Folly – And the Stark Choices Ahead. In this she accuses the West of squandering its economic advantages by a series of wrong-headed policies. America, she believes, is in danger of losing all entrepreneurial edge and becoming a “bona fide welfare state” as the century progresses.

Her warning is timely. England and America both built their power and greatness on free enterprise, on a buccaneering economic spirit. In this country a growing lack of self-confidence, a sharp decline in forms of nineteenth century self-belief, resulted last century in a major shift in economic and social priorities. No longer able to do things for ourselves the state had to do them for us, to remove all of the dangers and risks that make work and enterprise worth doing and life worth living.

Our suicide was planned. American freedom and American enterprise, in contrast, are in danger of dying by slow and haphazard degrees. “The US”, Moyo argues, “is on a path to creating the worst and most venal form of welfare state – one born of desperation from many years of flawed economic policies and a society that rapaciously feeds on itself”.

I have to say am both amused and bemused by the irony of some of our present economic and political realities. If one wants to look at our past look to the Indian and Chinese present, countries advancing by the most imaginative forms of investment and enterprise, countries unburdened by huge state expenditure on welfare, by any state welfare, for that matter. What a supreme irony it is that China, a country ruled by communists, has become a perfect example of classical capitalism!

I think it worthwhile to take Moyo’s thesis, advanced in her two books, as an intellectual continuum. In other words, to take the British example, successive governments have treated the country as if it was holding out a Third World begging bowl, with welfare expenditure in the place of foreign aid. This has involved the transfer of productive to unproductive sectors of the economy to nobody’s benefit, especially not the poor. Welfare, in other words, cripples, just as aid cripples.

It’s not all black, though; there is time, Moyo believes, to address these problems, if one is prepared to make difficult choices. The Republican victory in the mid-term elections will go some way to reversing the socialism of the White House, though it has to be seen if the long term drift can be halted.

Here our present coalition government – which was never my ideal – is taking a path of austerity, absolutely necessary in our circumstances, not just a sustained legacy of wasteful welfare spending but a crippling burden of debt bequeathed by a criminally incompetent Labour administration. There is resistance and the will to change may yet be broken, though I believe the consequences will be dire. Our problem is more deeply based than that of America. We have to change not just economic policies but an attitude of mind, an attitude that says the state will always provide. It will not; it cannot. 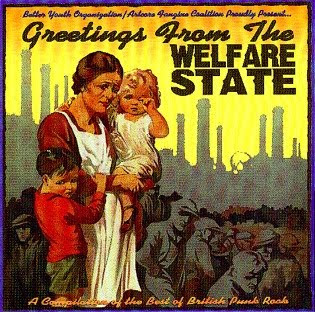