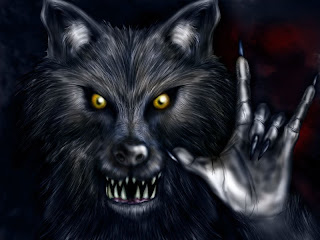 I’ve mentioned previously that the essay stands high among my favourite literary genres. Last year I worked my way through George Orwell’s exploration of subjects as varied as Charles Dickens and naughty seaside postcards, an absolute delight in every sense: in subject, in analysis and in the use of the most limpid forms of prose. This is where Orwell’s true genius lay, rather than in the novel; his efforts here are largely second rate. I also discovered the work of Clive James, an Australian author and broadcaster, who writes brilliantly on a range of literary and political figures; cultural and historical icons of one kind or another.

There are lots of other essayists I’ve dipped into, for the sheer pleasure of reading and for tuition on points of style. My collection includes the work of Francis Bacon, Joseph Addison, Jonathan Swift, William Hazlitt, Michael de Montaigne and Charles Lamb.

It’s Lamb’s Essays of Elia that I’m reading at the moment, a wonderfully whimsical series of dissertations. There is one in particular that induced my own mood of whimsy and introspection - that entitled Witches and other Night Fears. It induced, if you like, a Proustian mood, a remembrance of things past, and that’s without the Madeleine!

In essence it concerns the nature of fear, on the images and ideas that induce fear in childhood. Here is how he describes his own fearful encounter;

From my childhood I was extremely inquisitive about witches and witch-stories. My maid, and more legendary aunt, supplied me with, good store. But I shall mention the accident which directed my curiosity originally into this channel. In my father's book-closet, the History of the Bible, by Stackhouse, occupied a distinguished station. The pictures with which it abounds -- one of the ark, in particular, and another of Solomon's temple, delineated with all the fidelity of ocular admeasurement, as if the artist had been upon the spot -- attracted my childish attention. There was a picture, too, of the Witch raising up Samuel, which I wish that I had never seen…

I was dreadfully alive to nervous terrors. The night-time solitude, and the dark, were my hell. The sufferings I endured in this nature would justify the expression. I never laid my head on my pillow, I suppose, from the fourth to the seventh or eighth year of my life -- so far as memory serves in things so long ago -- without an assurance, which realized its own prophecy, of seeing some frightful spectre. Be old Stackhouse then acquitted in part, if I say, that to his picture of the Witch raising up Samuel --(O that old man covered with a mantle!) I owe--not my midnight terrors, the hell of my infancy -- but the shape and manner of their visitation. It was he who dressed up for me a hag that nightly sate upon my pillow -- a sure bed-fellow, when my aunt or my maid was far from me. All day long, while the book was permitted me, I dreamed waking over his delineation, and at night (if I may use so bold an expression) awoke into sleep, and found the vision true.

Pleasure? Yes, pleasure, the pleasure in reading ghost stories in fascination and fear; the tingly pleasure of the senses being alert to every creak and groan made by our old country house; the pleasures brought by the spur of my imagination – put that down, lift it up; I need to know what’s going to happen. I carried this with me even so far as school, reading ghost and horror stories by torch after lights out, stories I then related to the other girls, inducing and sharing in a collective terror. Terror, in this instance, was power!

No longer; it’s all gone, no matter how vivid the story. I think in childhood that each of us relives the passage of civilization, from the night fears of our distant ancestors to a growing belief in the light of reason, a far greater delusion. Perverse or not, I remember with some affection the comfort of irrationality…and the monster under my bed!

Like one that on a lonesome road
Doth walk in fear and dread,
And having once turn’d round, walks on.
And turns no more his head;
Because he knows a frightful fiend
Doth close behind him tread.
Posted by Anastasia F-B at 15:59