Time for an English Tea Party 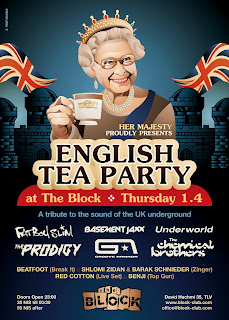 Imagine, if you will, living in a socialist super state. Imagine your democracy as a charade; imagine your national independence as an illusion. In the end it does not really matter who you vote for or what you vote for, because policy, matters affecting the fundamental interests of your country, will be decided elsewhere, by unelected officials or by unelected judges. Imagine yourself as a citizen of the European Union.

For years we have seen our independence in England being eroded, powers taken by or freely given to the socialist oligarchy in Brussels. The previous government signed up to a Human Rights Act, allowing judges to intrude into politics, not in the way that the Supreme Court does in the United States, interpreting and upholding the Constitution, but challenging and subverting the will of Parliament, the sovereign political body in the land; in effect subverting the Constitution.

The European Court of Human Rights, a worthless set of placemen in Strasbourg, people who know nothing of the legal traditions of this country, nothing of our tradition of common law, has decreed that prisoners in British jails should be given the right to vote. It does not really matter what Parliament thinks because Parliament has no say in the matter; the people have no say in the matter.

When is enough enough? Why, when it’s far too much. Pushed and pushed back into a corner its time to turn and face the enemy. I make no apology for using that word: so far as I am concerned the European Union is the enemy, European judges are the enemy, these supine individuals whose tradition is all one of decrees, diktats and duces. I have absolute contempt for the very concept of ‘human rights’ defined by these types.

Yes, its time to turn and fight. David Cameron, the Prime Minister, rather than giving way to Strasbourg, has responded to the anger of Parliament and his party, allowing his own MPs a free vote on the issue when the matter comes before the House next week. Conservative MPs have decided that a “line has to be drawn in the sand” after decades of kow-towing to the European courts. It is, perhaps, the most important test of Parliamentary sovereignty in our recent history. The government is looking for the moral authority – that’s all it has – to go back to Strasbourg and argue that the will of Parliament should prevail.

Will it? Personally I’m not confident. This country is bound by laws that did not emerge as an act of the popular will. Power surrendered is power almost impossible to regain. Defiance of the courts means that thousands of prisoners will acquire the technical right to begin legal proceedings for compensation, thus proving beyond reasonable doubt that crime does pay in our Brave New Socialist World that has such people in it. The only way to regain out freedom is to get out of Europe. It’s time for a tea party here, time for a declaration of independence.
Posted by Anastasia F-B at 00:27