The asses of the law 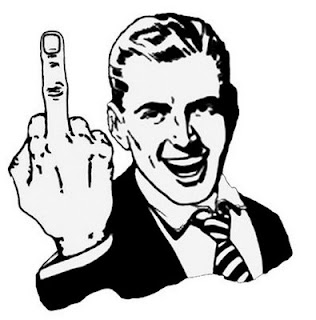 Earlier this month I mentioned that the European Court of Human Rights had issued ukase to the effect that prisoners in British jails should be given the right to vote contrary to a principle long established in English law (Time for an English Tea Party). This caused so much anger that Parliament recently voted to reject this undemocratic diktat by unelected judges.

The problem is that in nursing the passage of the Human Rights Act, the last government not only allowed foreigners leverage in our constitution but gave judges a direct political role, allowing them to interfere with the will of Parliament. We’ve had some truly absurd judgements on human rights, including the right of prisoners to have access to pornography.

The rejection of the vote edict was a positive first step in reasserting Parliamentary sovereignty. The danger, as I said in my previous blog, is that defiance of the law gives prisoners the technical right to begin proceedings for compensation, potentially costing the country millions and proving that crime does pay.

We are so used to judges becoming objects of derision, so used to the law as a braying ass, that it’s a refreshing surprise when one manages to do the right thing. The one in question is the High Court’s Mister Justice Langstaff, who at the end of last week not only rejected a class action brought by almost six hundred criminals under an earlier European ruling, but ordered each of them to pay £76 in costs, which I understand amounts to almost two months wages inside. So, boys and old lags, you will have to do without the snout for a while! I wonder if anyone really believes that these jail birds were ever interested in voting in the first place. No, the compensation, the easy money, is the thing.

The press here have reported the judge’s decision as a “rare victory for common sense.” But it’s more than that; for Justice Langstaff has recognised one of the core principles of our constitution, something beyond the wit of the European mafia, namely that foreign judgements should never be allowed to trump laws passed at Westminster. His ruling not only keeps thieves and murderers from having an input into our political process, it’s also a sound box in the ears to the seedy legal shysters who pushed this action in the first place.

Apparently Jean-Paul Costa, the president of the European Court of Human rights, reacted to Britain’s defiance of the Strasbourg ruling by likening the country to Greece under the rule of the colonels, which makes me think that the poor old junta must at least be worth an honourable mention. Meanwhile this laughable little man’s circus dances on, ruling that paedophiles have the right to ask that their names be removed from the sex offenders register. What next, I wonder? It would not surprise me if sending people to prison in the first place amounted to a breach of human rights.

What worries me is that, bit by bit, ruling by ruling, I’m beginning to react to the very expression ‘human rights’ with contempt, beginning to think that the whole thing is nothing beyond the latest risible notions of political correctness. But there are places in the world where there are real breaches of natural justice, where people are persecuted on the flimsiest pretext. It’s as well to remember this next time the underemployed asses in Strasbourg issue yet another piece of comic absurdity. 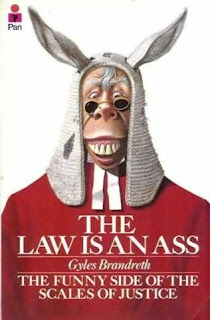