Freedom is a noble thing 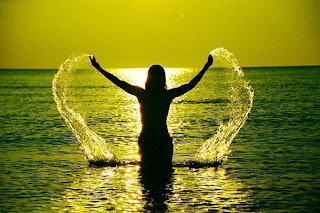 You may not know this, in fact I am reasonably certain that most of you will not know this, but after the Republicans and the Democrats the Libertarian Party is the third largest in the United States. It defines itself as the party of principle, of minimum government and maximum freedom. Could there be any better desideratum, I ask? No, there could not; for these are the principles on which America was built; these are the principles upon which all free societies should stand.

There is so much ignorance over libertarianism, over precisely what it means. It does not entail a free for all; it does not mean licence. While it is true, as I have said on several occasions, that my personal libertarianism – it is such a personal philosophy – comes close to anarchism, at least in the form advanced by Max Stirner, a considerable gap still remains. While I would prefer no government and no state, both restraints on natural liberty, I fully recognise that such a condition could not exist anywhere east of Eden. Instead I will go with the definition given by the US libertarians;

Libertarians support maximum liberty in both personal and economic matters. They advocate a much smaller government; one that is limited to protecting individuals from coercion and violence. Libertarians tend to embrace individual responsibility, oppose government bureaucracy and taxes, promote private charity, tolerate diverse lifestyles, support the free market, and defend civil liberties.

Let me put this another way, let me put it in the form of a joke, one recently told by James Delingpole;

Have you heard about the vast Libertarian conspiracy? We’re going to take over the government – and then leave you alone.

Oh, my, how we need to be left alone; how we need to be free. Yes, free from all of the silliness of the interfering and bloated state; free from all of the health fascism, all the exhortations to do this and don’t do that. We could save millions by cutting government to the bone, by doing away with all of the unrepresentative extra-governmental bodies set up to monitor this or that aspect of our lives and our conduct. Above all we need government to stop treating us as if we were children.

Yes, the state is there, or should be there, only to protect our basic rights. This is what used to be referred to in this country as the night-watchman state, a condition where the sovereignty of the individual, the individual’s right to freedom and property, was respected. The problem is that a new type of state began to emerge from the mid-nineteenth century onwards, one that in the name of ‘reform’ created a form of feudal servitude, spending the money of the citizen, taking increasing amounts of personal income from tax creators to pass to tax eaters. As the state waxed liberty waned.

It’s not a question of ideology or party politics. The Conservatives, I regret to say, were just as bad as the Liberals, Disraeli just as bad as Gladstone. Both began a process of interference which combined in David Lloyd George, who opened a new, more intense style of intervention that is still being followed to the present day, a ruinous path of taxation and welfare that benefits nobody, that creates more problems than it solves.

No, that’s not quite right: it benefits the agencies of the state; it benefits the bureaucrats. We are robbed of personal income as we are robbed of choice in so many areas of our personal life. I would like to reverse it all, clear out the Augean Stable, clear out government and return sovereignty to where it belongs, to each and every one of us. There is no nobler cause than freedom.
Posted by Anastasia F-B at 15:36