The sinking of Liberal England 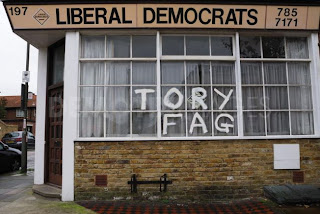 George Dangerfield’s The Strange Death of Liberal England is one of the best books on a historical subject ever written. It stands high among my personal favourites. It’s rather unique in so many ways, not least because the author was not a professional historian but a journalist.

I do not mean to sound snobbish here but in general people in this profession are not noted for depth of analysis when it comes to historical subjects. Dangerfield is different. His style is lively and engaging in the best journalistic tradition, while his analysis is brilliantly perceptive, pushing well below the surface of events.

The story he tells is a kind of political tragedy – the decline and fall of the British Liberal Party. The irony is that this came soon after the party had achieved one of its greatest triumphs in the general election of 1906. The Conservative Party, committed to the unpopular cause of economic protectionism, was swept aside. The twentieth century gave every sign of being the Liberal century.

Yet a mere four years later the party lost its overall majority in two bitterly contested elections. Though the Liberal government survived it only did so with the support of the Irish Nationalists and the Labour Party, a new movement formed at the beginning of the century. Thereafter the decline was steady and unremitting, helped along by splits within the ranks.

In 1922 Lloyd George, the last Liberal prime minister – by that time heading a government dependent on the support of the Conservative Party -, was ousted from office. In the general election of 1951 a party that once sent hundreds of MPs to Westminster could muster only six. The party of Gladstone, the party that had dominated the politics of the nineteenth century, was facing oblivion.

Without going in to all of the complexities the facts behind the eclipse are simple enough: the Liberals were torn apart by the new polarisation in British politics, which saw voters drift to the right and the Conservatives, or the left and Labour. By 1923 Labour had replaced the Liberals as the main radical alternative.

However, in a classic example proving that there is life after death the party began to revive in the latter part of the previous century, not by advancing great and novel ideas – it has few if any of these – but as the ‘all things to all people’ party, changing face according to the character of the constituency. But this was never simply about getting more MPs into Parliament; it was all part of the long march back to power, back to government.

Now they are. Because the general election of 2010 produced no clear outcome the Liberals – now the Liberal Democrats – became the power brokers, finally joining with the Conservatives in a new coalition government, their first taste of office in almost ninety years. But the problems have started again, the problems identified by Dangerfield. In a world of lefts and rights there is no place for a mushy centre, something Nick Cohen touched on recently in the Spectator (Liberal England dies again).

You see, the essential problem for the Liberals is not simply that they have become a party of power at a time when power involves tough and unpalatable choices; no, the problem is that they have become politically relevant. Latterly their strength, though they failed to recognise it, was in irrelevance, always being the easy choice, always being the party that took politics out of politics, always being the ‘nice’ party. Politics is in command; ideology is back in place; the middle-ground is sinking and Liberal England looks likely to sink with it.
Posted by Anastasia F-B at 15:47