The descent of the hermit state 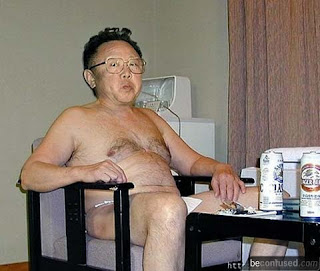 There can be no more peculiar place in the world than Communist North Korea. One wonders what it is about Marxism that produces such a theatre of the absurd? But pause for a moment and think about it: Marxism, wherever it spread, was never more than the ideology of high holidays, setting its baleful economic effects to one side. North Korea is not the product of ideology; it’s the product of history – its own.

It’s certainly been isolated by ideology in modern times, though more by political developments elsewhere within the old communist bloc. At the end of the Korean War – actually it never ended – the North, fearful of future American reprisals, was highly dependent on the Chinese and the Soviets for its security in a nuclear age.

Kim Il-Sung, the first leader (he is still leader, dead or not) of the North, was a devotee of Stalin. So when Khrushchev cut the ground from under the idol political distancing began. China was left as the only friend. But then came the chaos of Mao’s Cultural Revolution, which Kim saw in no better light than Khrushchev’s liberalisation. Now the regime's isolation was close to absolute. The collapse of communism across the world more or less completed the process. Even China is now a capitalist country with a red gloss.

North Korea retreated, retreated into itself, retreated into its own history. That history was one of isolation and the most absolute forms of monarchy. For five hundred years, right up to the Japanese occupation in 1910, the country had been ruled by the same royal house. Foreigners were forbidden to enter and subjects forbidden to leave. Even part of the coastline was cleared to ensure that people did not come into contact with outsiders.

Add to that the Confucian tradition of filial piety and ancestor worship then something of the bizarre cultural politics of the North becomes more understandable. It’s because of this that Kim Il-Sung, who died in 1994, is still officially the head of state. So, we have a state that, having embraced Marxism, or its own version of Marxism, has barely escaped the feudalism that has marked its past, feudalism in every way more absolute than anything ever known in Western Europe, more terrible for the ordinary people, who get as thin as their overlords get fat.

North Korea is a fearful, unstable and uncertain state, one that cannot break from the ever decreasing circles into which it descends. History is not fooled; history is never fooled. 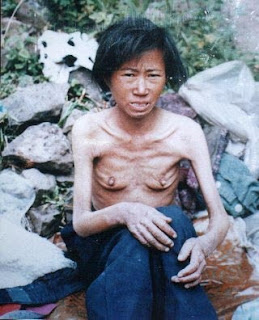