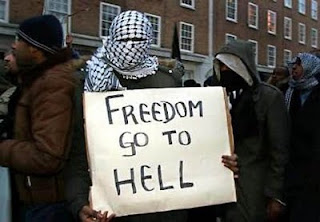 Things are moving so fast in the Arab world that it’s sometimes hard to keep up with events; events, that is, after the wave has passed and the revolution over. The world’s attention is now on Libya and the beleaguered Colonel Gaddafi. There is still half an eye on Egypt, because while the old dictator may be gone the structures that brought him to power are still in place. “Meet the new boss, same as the old boss”, some prescient words from a song by The Who, an old British rock band.

In writing before about Egypt (Reflections on the Revolution in Egypt) I made the following related points;

Revolutions are all very well when they produce the results one approves of, but they don’t always do that, do they? If you are reading the book Egypt please don’t make the mistake of reading Eastern Europe 1989; read Iran 1979…What do the Egyptians want themselves? For some time now polls have shown that they want democracy…but they also want sharia law, a glaring contradiction. The source of law can be God or it can be the people; it can’t be both. Will another Nasser emerge – could the country take more of the absolute misery that he inflicted on it? – or someone altogether more sinister, more brotherly?

The brotherly reference is, of course, to the Muslim Brotherhood, the strongest political force in the country, poised rather like the Bolsheviks in the wings. But if one wants to look at Egypt’s possible future, and the possible future of Libya, look back, back to where the upheaval began: look back to Tunisia. Unfortunately most of the media seems blind to developments there, which is rather a pity, because things are far from good.

There the so-called Jasmine Revolution led to the fall of President Ben Ali in January. Now an interim government is in place, weak and uncertain. Ben Ali was a dictator, yes, there was corruption, yes, there was high unemployment, yes, but with all this Tunisia was one of the most advanced in the region; the wealthiest, the most secular and the most progressive.

The regime was the least brutal and the people the best educated in North Africa, a point made in a recent report I read. The veil was banned in public, polygamy was outlawed, mosques were shuttered outside prayer times and men required permission from the local police to grow beards. Sex education was mandatory in schools and pupils were taught the separation between religion and state. Radical Islamists opposed to the secular order were exiled or imprisoned.

Now what? They are back, that’s what, back in their hundreds, demanding an Islamist state. There have been widespread demonstrations calling, amongst other things, for the banning of alcohol in a country where much of the wealth came from the tourist industry. A Polish Catholic priest recently had his throat cut, the first sectarian murder in modern Tunisian history, and anti-Semitic slogans have appeared outside the main synagogue, this in a country where the persecution of Jews was previously unknown.

The agenda has been set even before elections are held; violence and intolerance is spreading, a power vacuum is being filled by people who want less democracy rather than more, who want laws supposedly made by God - meaning themselves – rather than by the people.

Actually, when I say the Islamic militants want less democracy that’s not quite true: they want democracy insofar as it offers a route to power, then we shall see. What shall we see? Why, the most awful forms of cultural totalitarianism, theocracy in the Iranian style. Returning to Egypt it’s possible to deduce what that might involve. Just before that fall of Mubarak a poll carried out by the Pew Research Centre found that a majority of people support stoning as a punishment for adultery, hand amputation for theft and death for apostasy.

I would not for a moment seek to deny ‘democracy’ as a right of all peoples, the right to chose their own destinies, even if that destiny takes them into a new dark age. Yes, I feel sorry for people who take a more tolerant view of life; I feel sorry in particular for women, some of whom have been demonstrating in Tunisia in a futile rearguard action against the onset of fundamentalism. I feel sorry that they are threatened with ‘democracy.’

The point is ‘democracy’ has become such a mantra that people seldom pause to consider that there is no single road here, no one size fits all. In Morocco free and fair elections have seen the fundamentalist Party for Justice and Development grow bit by bit, election by election, to the point where it comes ever closer to forming a majority in parliament. In Gaza democracy laboured and brought forth Hamas, an openly terrorist organisation.

I have no solutions here and I can see no way forward. My view might be dismissed as pessimistic though I would argue that it is simply realistic. This Arab spring is already showing clear signs of turning into winter, with no summer in between. 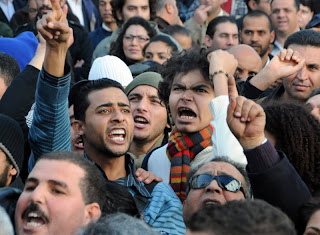