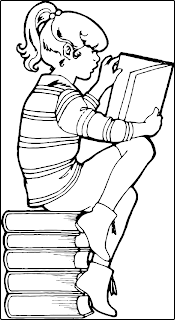 I bought the Times on Saturday specifically because the Review section carried a feature headed The books you must read before you’re 21, a title guaranteed to excite my curiosity. Don’t you just love the imperative, the use of the word must? If I’m told I must do something I invariably go in the opposite direction. Oh! Ever thus from childhood's hour. :-)

Actually, the title was rather misleading. It was just a collection of authors detailing the book that they had found most influential, or those, so the sub-heading went, that made them grown-ups. I honestly don’t believe any book has that power, no matter how influential.

Still, there were some interesting choices, a number that I also read before I was twenty-one. I was pleasantly surprised by Nigella Lawson’s selection of Thomas Mann’s Tonio Kröger, because- and I have to be completely honest here – I did not think a sleb cook and all round telly person would have such good taste! In a nutshell you have my snobbish sense of intellectual superiority combined with my condescension towards celebrity chefs, no matter in what guise they come! I dare say they all have tastes as elevated and as impressive as Nigella. Actually, no; I simply can’t see Gordon Ramsay reading Thomas Mann!

The first thing I have to say here is slightly put out that I favour any kind of book that Alistair Campbell, Tony Blair’s thuggish and foul-mouthed former press secretary, also favours. But Madame Bovary is such a great novel, arguably the greatest French novel of the nineteenth century, that will just have to live with the annoyance! I'm more than happy to identify with P. D. James, though. Emma is a sublime novel, Austen’s best, about a character I simply adore. Emma resembles me in so many ways!

Roald Dahl was among my favourite childhood writers. I think I read, or had read to me, everything he wrote, not just Matilda - by far the best - but Charlie and the Chocolate Factory, Charlie and the Great Glass Elevator, James and the Giant Peach, Fantastic Mister Fox ( great to read about; even better to hunt!) and Witches ( slanderously inaccurate!) I later turned to Dahl’s adult fiction, his short stories, which I found incredibly disappointing, a great many of them being completely anti-climatic.

They are all good, the books selected, the books these people have read and I have read. I did enjoy The Female Eunuch ,though the message was somewhat lost on me in that I had never in any way been made to feel that my life choices were restricted.

I have to make special mention of The Last of the Just, an astonishing novel I read when I was eighteen. I’ve mentioned it in previous blogs as a book that deserves to be far better known. As Steven Berkoff says in his notes, it’s a powerful retelling of an ancient Hebrew myth about a select band of just men who carry the burden of the world’s pain and sorrows, men who are the ultimate scapegoats. It’s a parable of the suffering of the Jewish people, from tenth century England to the gas chambers of Auschwitz, where Ernie Levy, the last of the just, died in 1943. The final pages tore my heart out, leaving me numb for hours afterwards.


Now, what about those that I did not read, those that are now ‘too late’ for me? It’s too, too boring for me to go over them all. Some I’d never heard of, like On Having No Head by D. E. Harding (Simon Callow), The Vet’s Daughter by Barbara Comyns (Helen Oyeyemi) and Puckoon by Spike Milligan (Dawn French), so no great loss, I expect. I’m a little alarmed, though, to discover The Count of Monte Cristo by Alexander Dumas (Aravind Adiga) and Eminent Victorians by Lytton Strachey (Antonia Fraser) are also minus twenty-ones. I have both in my collection – I bought Strachey quite recently –though as yet unread. Should I risk bringing to bear a more ‘mature’, a more ‘cynical’ eye, a view from the heights of the mid-twenties? Yes, I rather think I should; I rather think I shall. The thing is a new boundary has been established which I will simply have to break. It’s my nature. :-)
Posted by Anastasia F-B at 15:45