I’d rather have the Borg 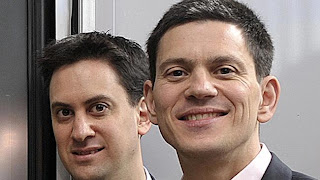 I had a jolly good laugh last week with a friend of mine, an individual with some inside knowledge of the way politics work in this country. We were lunching together and in the course of our conversation happened to touch on the Labour Party, whose annual conference was still in progress, specifically on the leadership contest, in which Comrade Miliband beat Comrade Miliband, with some oddballs there for padding.

He’d seen my blog about the victor (Ed Miliband – Union Man) and said there was one thing that I had overlooked: that none of the contenders for the leadership seemed altogether human. I thought about it for a moment; yes, he had a point; what exactly are we dealing with here, I asked? They might be shaped from alien plant pods, he replied, the premise of an old movie called Invasion of the Body Snatchers.

And so the speculation went on, becoming jollier by rapid stages. We finally agreed that David Miliband, the comrade brother who lost to brother comrade, was a Vulcan; that he would fit well within a Star Trek script. Look at him closely; he has that air about him, an appearance at once human and at twice not! The only trouble is Vulcans are such jolly people, with an irrepressible sense of humour; they don’t speak and act like robots. Perhaps the Milibands along with Ed Balls, Diane Abbott and Andy Burnham, the also rans, might do better as the Borg. I can certainly see the Labour Party having a hive mind. Resistance is futile, the call goes out, we are the Borg; you will be assimilated. 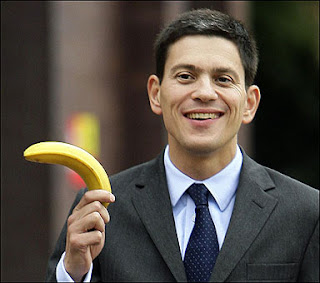 It was such fun to watch them all in shades of red. In the 1830s, after the passing of the Reform Act, the duke of Wellington remarked of the new members in the House of Commons that he had never seen so many shocking bad hats in his life. Looking at the delegates of the Labour Party Conference, this assembly of the undead, there were not too many hats to be see but everything else was bad: I’ve never seen so many ugly fashions and shocking fat men in my life!

Red Ed the Borg came on stage, the new leader giving his inaugural address. What can one say, other than that a real Borg, not a pretend one, not a phony like this, would have done it so much better. Cometh the hour cometh the man; cometh the hour cometh Red Ed (actually I think Pink Ed suits him better), ready with a tiresome speech, cliché laid upon cliché, desperately trying to distance himself from his union puppet masters, trying to pretend that he is not Trilby to their Svengali.

Pink Ed is the leader this party deserves, a man with a common law wife, a man who hasn’t even the time or the decency to put his name on his own son’s birth certificate. Borg? No, he’s not a Borg or even a Vulcan; just a badly dressed chav, a chav leader for a chav party. Just imagine him as prime minister; no, don’t, the thought is far too ghastly. I think I’d rather have the Borg.