A Shame to Mankind 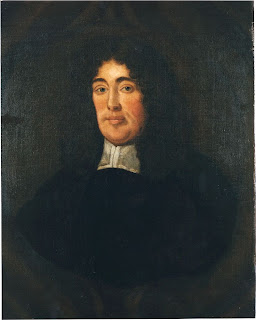 What follows is a copy of an article I wrote for History in an Hour (www.historyinanhour.com), an e-book site, on the Popish Plot, part two of which was published earlier this evening. It covers some of the themes I’ve previously touched on here, though in a slightly more comprehensive fashion.


In October 1678 a magistrate by the name of Edmund Berry Godfrey was found murdered at the foot of Primrose Hill near London. Though he was in himself a figure of little importance his death was to have explosive consequences. For the crime, never solved, marks the beginning of an episode of anti-Catholic hysteria forever known as the Popish Plot. The roots of the ensuing crisis, by far the most serious ever faced by the Restoration monarchy, can be traced back several years.

It’s one of the great ironies of history that the assembly which dominated the reign of Charles II, known for its perceived political loyalties as the ‘Cavalier Parliament’, was in its own way almost as troublesome for the crown as the Long Parliament of Charles I. It was packed with men who were loyal to king, yes, but they were just as loyal to the established church, in some ways even more loyal. Attempts by the government to introduce a measure of relief for Catholics and dissenters, those who refused to accept communion in the Church of England, was met with an ever growing sense of suspicion.

The events of 1678 and after have to be placed against this background, against a fear over growing Catholic influences at court, compounded by suspicions over Charles’ foreign policy, which took England into alliance with the Catholic French against the Protestant Dutch.

This was bad enough but there was one additional element which made the general atmosphere quite toxic- Charles brother, James duke of York, converted secretly to Catholicism sometime in the early 1670s, a fact that became generally known when he refused to take the oath prescribed by the 1673 Test Act, specifically rejecting an important part of Catholic dogma.

In itself his conversion may have passed, especially as he was obliged to resign his offices, but for the fact that the king had no legitimate heirs. On the threshold of the Popish Plot, with Charles now well into middle-age and the queen obviously barren, England was faced with the prospect of a Catholic succession, the first since Mary Tudor over a hundred years before. It was now that one Titus Oates, a disreputable clergyman, came to the fore, with tales of a conspiracy against the crown. The king was reluctant to take the matter seriously, though he delegated the task of investigation to Thomas Osborne, earl of Danby, his chief minister. Danby, in turn, passed it on to Godfrey.

The wood was bone dry; the leaves were brittle; only a spark was wanted to cause an inferno. Godfrey’s murder was the spark. At once Oates’ accusations took on a new urgency. He was a talented perjurer, who by a mixture of verisimilitude, pure speculation and good luck now convinced the country at large that a grand conspiracy was under way. At first he alleged no more than that the Jesuits and others were planning to murder the king and his brother. But by fine degrees James was removed as a prospective victim and turned into the principal beneficiary of the crime.

England went mad; there is really no other way of describing the ensuing hysteria, positively murderous in its malevolence. In the years between 1678 and 1680 the country was troubled with tales of dark riders and secret meetings. Perfectly innocent Catholics were tried and butchered on no more than Oates’ perjured evidence.

As Oates' accusations gained ground a group formed in Parliament around Anthony Ashley Cooper, first earl of Shaftesbury, a man of formidable political talents and a personal enemy of James, calling for the removal of the duke of York from the succession, thus beginning the Exclusion Crisis, a far more immediate political danger for the monarchy than the fictions of Oates. This was the days before political parties in the modern sense had emerged. Those who supported Shaftesbury were loosely known as the ‘Country Party,’ the inference being that that they represented the interests of the nation as a whole, as opposed to the ‘Court Party’ behind the king. 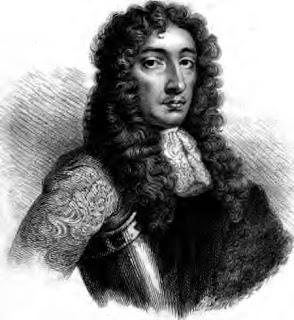 Other names soon emerged. The enemies of the Country Party started to call them ‘Whigs’, after a group of troublesome Scottish Presbyterian rebels. When it came to insults Shaftesbury and his men were just as adept. The Court Party were referred to as ‘Tories’, recalling a set of Irish brigands. It’s a sign of the eccentricity or the peculiar genius of the English that these insults were eventually adopted as badges of pride!

As the game commenced Charles showed himself a player of some genius. James was removed from the scene, first to the Low Countries and then to Scotland, while Parliament was prorogued from time to time in an attempt to reduce some of the excessive heat. Sacrifices were made to the passions of the mob of men that Charles clearly knew were guiltless, but on the central principle of legitimacy he remained firm. He absolutely refused to accept James, duke of Monmouth, his much-loved but illegitimate eldest son as a possible Protestant successor. He was also fortunate that while the Commons repeatedly returned majorities in favour of exclusion, Shaftesbury and his supporters were a minority in the Lords, where the Tories, rallied by George Saville, marquis of Halifax, rejected the Exclusion Bills.

In the end the Exclusion Crisis was no more than a great wave which broke on the rock of royal obduracy and an unwillingness of even the monarchy’s most trenchant critics to risk again the horrors of the Civil Wars. Charles knew his enemy. Parliament was summoned in 1681 to meet in Oxford, away from the febrile atmosphere of London and the importunities of the Whig mob. But no sooner had it met than it was dissolved, no further being called for the remainder of the reign.

The Whigs, though strong in Parliament, had no real organisational coherence. After the Oxford Dissolution they simply imploded. Shaftesbury eventually went into exile, where he died. James succeeded peacefully to the throne on the death of his brother in 1685, held up by a mood of Tory reaction against the Whigs and the murderous excesses of the Popish Plot. In coming to the throne no king was ever more fortunate in the loyalty of his subjects; in ruling no king was ever less fortunate in judgement and political sense.

Titus Oates, the author of the tragedy, had a mixed afterlife. Even before the dissolution of the Oxford Parliament the popular mood turned against him and the bloodletting that had seen the execution of fifteen innocent men. In August 1681 he was obliged to vacate his apartments in Whitehall. Thereafter he was convicted on a charge of sedition, fined £100,000, a prodigious sum for the day, and imprisoned. No sooner did James come to the throne than Oates was arraigned on a fresh charge, this time one of perjury. After conviction he was sentenced to life imprisonment, his shame compounded by an annual pillory. He was also tied behind a cart and whipped from Aldgate to Newgate, a punishment that was almost certainly intended to kill him. He survived, bellowing like a bull, so it is reported, during his flogging. When William and Mary came to the throne in the Protestant coup of 1688 Oates was pardoned and awarded an annual pension. It was probably the least the new government could do given the political atmosphere of the day. But his influence never recovered. He died in 1705 little regarded, a “shame to mankind”, to use the words of Judge George Jeffreys. 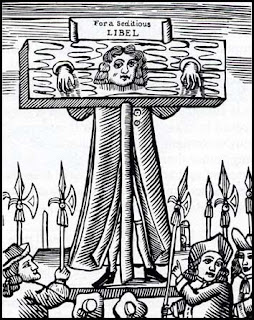