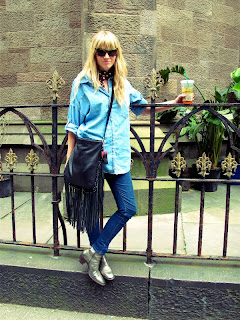 Do I have a ‘fashion ethos’, a philosophy of fashion, perhaps better said? No, I don’t think I do. I’ve decided to write about my absence of ethos, prompted by my good friend Adam Garrie, whom I know does have such an ethos, developed to a high stage of aesthetic sensibility. I confess I was slightly reluctant to commit myself here because my disorganised and unsystematic thinking is bound to clash sharply with the clarity of his vision. Anyway, here we go in my one-sided dialectic!

Adam, let me begin by saying that I’ve had a look at that article by Dominic Sandbrook in The Daily Mail, the one you took such exception to (The Seventies: the decade when men stopped being men). I recognised at once the reference he made to huge collars, garish shirts and patterned ties because it immediately conjured up Arthur Marwick, that recording of him from the decade which caused my history tutorial group to be overtaken by seismic laughter!

I’m sure you will recall the picture in the article of one Peter Wyngarde - big collar, big tie, fussy suit, all set off by the aged face replete with long hair and moustache. He looks terrible, a dandy, camp in the worst possible sense of the word. In looking at this picture it occurred to me that everything in fashion occurs twice, the first time as elegance, the second time as parody: the Teddy Boy for the Edwardian Gentleman, Peter Wyngarde for Beau Brummell! And then there is a passage I came across in William Hazlitt’s essay on Hogarth’s Marriage a la Mode, where he offers comment on the central figure in the first of the series;

The Beau sits smiling at the looking-glass, with a reflected simper of self-admiration, and a languishing inclination of the head, while the rest of his body is perked up on his high heels with a certain air of tip-toe elevation. He is the Narcissus of the reign of George II, whose powdered peruke, ruffles, gold lace, and patches, divide his self-love unequally with his own person –the true Sir Plume of his day…

For me things are quite simple. I like elegant designs and well-cut clothes, clothes that complement the line of the body. I dislike fussiness, frills and fluffs. My favourite clothes are those designed by Jasper Conran and Elizabeth Grachvogel. I simply adore Jimmy Choo’s footwear and handbags. I like to dress for the occasion. Mostly I dress in a smart casual manner, with jeans and top, as well as a range of skirts, and I’m particularly keen on magic pants. But I always rise for the occasion: a cocktail dress for semi-formal engagements and a full evening dress when I really want to make an impression. 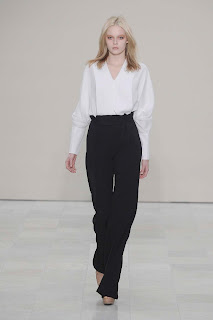 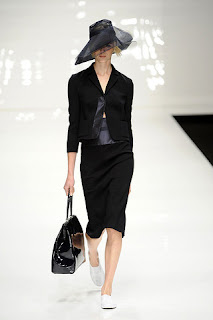 My ideas of good male dress are even simpler: nice lines, smart casual and well-tailored suits. I like men to take pride in their appearance, to make an effort with their clothes without being fussy or ostentatious; to wear clothes in such a way that displays a kind of feigned indifference, if that makes any sense at all. I’m sorry I know this may sound sexist but I like male fashions that emphasise maleness, fashions that are not an end in themselves, so to speak. And as for untidy shoulder-length hair, beards and moustaches, well, just forget it!

Is this a fashion ethos? No, I don’t really think so. It’s just a matter of personal taste and preference. I can admire past designs, I can admire the Regency line, to give but one example, but I would not choose to dress in a Regency line, in a retrospective manner. I live and dress for today. Here I am: this is me; I can be no other. I’m just a material girl living in a material world, perhaps even a bit of a Barbie Girl when it comes to dress. :-)