Freedom is an obscenity 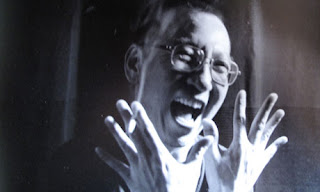 Does anyone know the definition of ‘obscenity’ in China, or rather how the Chinese government defines ‘obscenity’? No? Well, let me tell you: it’s article 35 of the country’s constitution, the passage in this noble document where it is clearly stated that the “Citizens of the People’s Republic of China enjoy freedom of speech, of the press, of assembly, of association, of procession and of demonstration.”

Liu Xiaobo is clearly a very simple man, a very trusting man, because he took this declaration seriously, which is why he was sentenced to eleven years imprisonment last Christmas for ‘subversion’, namely insisting that the citizens of China should enjoy the rights set out in article 35, not just in theory but in practice. For his courage, or his naivety, I can’t be sure which, he has now been awarded with the Nobel Prize for Peace, dismissed by the Chinese government as an “obscenity.”

I actually thought the Nobel committee a bit of a joke especially after their condescending and inverted racism in awarding this prize last year to Barack Obama for no better reason than he was a Black Man in the White House. He is, at least in my estimation, also quite a stupid man, a man with little tactical or political sense. A shrewder individual would have rejected the award, saying that they had done nothing as yet to deserve it, thereby gaining merit by honesty. Liu, in contrast, does deserve it, something Obama himself has recognised, saying that his sacrifice was much greater; that he had sacrificed his freedom for his beliefs.

Not only is the Chinese government ignorant of its own basic law but it is ignorant of how things work in the world beyond their stupid tyranny. The Nobel Committee sits in Norway so, the logic goes in Beijing, the Norwegian government is clearly responsible for this award. Threats have now been issued by the Chinese foreign ministry, saying that the Nobel decision could ‘damage’ relations between the two countries, on the verge of concluding a new trade deal. I suppose the idea that there are independent sources of thought beyond government is yet another ‘obscenity’.

The paradox is that Liu is virtually unknown in his native land, where his struggle and his martyrdom remain unreported. I have little doubt that, given their past history, most Chinese people have more interest in a decent and tolerable life than human rights, than in the noble causes that Liu has embraced. His savage punishment for believing in a principle of freedom is a measure of the government’s insecurity, a measure of how much they fear their own people or any challenge mounted to the Communist Party’s monopoly of power. What they cannot understand is that it is not the demand for freedom that would upset China’s stability but their own practical and moral corruption, their own political obscenity.
Posted by Anastasia F-B at 12:47